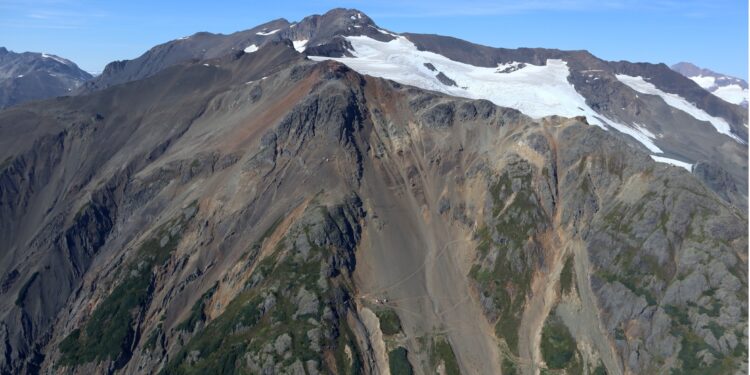 Exploration at Casper has identified a continuous zone of gold-rich quartz vein mineralisation in association with soil geochemical gold anomalies and extensive rock-chip gold anomalies both along strike and across strike indicating potential for multiple sub-parallel veins of mineralisation.

The development of silicified country rocks with elevated gold content, and the complex structural relationships evident from the LiDAR data highlight the potential that the results sit on the edge of a much larger gold-bearing mineral system where altered country rocks and quartz veins with elevated gold are controlled by NW-SE and N-S lineaments corresponding to a shear zone.

Jeremy Hanson, Garibaldi VP-Exploration, said an exciting opportunity exists to expand the footprint of the mineral zone and identify structurally-controlled blow-outs with economically interesting grade and thickness of gold-silver mineralisation.

Jeremy Hanson, Garibaldi VP-Exploration, stated: “We are very encouraged by the second round of drilling results at Casper. We are still in the very early stages of this project, but we have confirmed that gold is present in both veins and the silicified host rocks. This verifies that the Casper system could be another gold rich system in the Eskay Camp.”

“The Casper discovery continues to bolster our impressive Eskay area precious metal prospects. It is the first gold system discovered amongst our numerous gold showings which will be the focus of a separate exploration initiative along with Palm Springs during 2022,” Mr Regoci said.

“The high-grade Ni-Cu-PGE E&L system at Nickel Mountain is the primary focus along with numerous base metal targets identified from the results of the property wide ZTEM geophysical survey. These new base and precious metal targets will provide additional opportunities for significant discoveries in the Golden Triangle.”