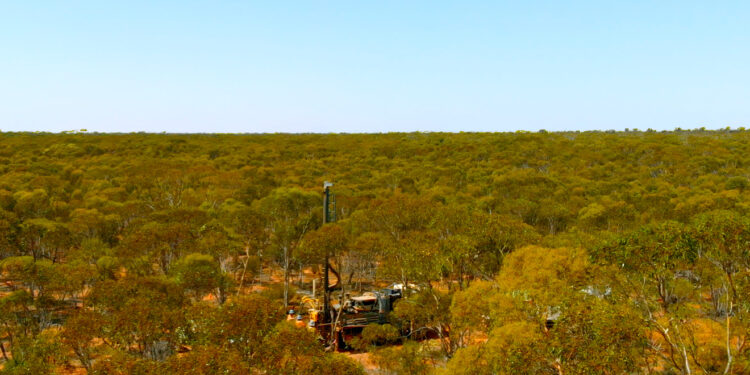 Managing Director, Brad Underwood, said today’s assay results are confirmation that the Callisto mineralised system can host higher grades of palladium and nickel to what the company has typically seen to date.

“This provides us with even greater optimism that exploration within this new province has an abundance of opportunities for further discoveries.

“As well as higher palladium and nickel numbers it is significant to note that the platinum, gold, and copper values are also increasing in this lower zone. The lower palladium seam appears to be related to a flatter lying part of the stratigraphy where mineralisation gently dips to the east at approximately 250 metres below surface.”

“Drilling continues on site with the diamond drill rig currently focussing on the zone to the east of NRCD280 and with follow up RC drilling of the new disseminated sulphide zone in and around NRC346 to commence later this month.

“This new zone of nickel sulphide is of particular interest as it is interpreted to be associated with a mafic-ultramafic intrusion separate to the Callisto discovery.

“With over five kilometres of palladium and nickel prospective rocks to the north of Callisto, and with multiple styles of new mineralisation intercepted in a previously underexplored province, we believe the potential for ongoing success is significant.”

Present assays have been returned from drill hole NRCD280. An increase in palladium-platinum-gold-copper-nickel grades in NRCD279 and NRCD280 is associated with a flatter section of the underlying stratigraphy, beneath the ultramafic sill which hosts the mineralisation.

All diamond core holes have been collared with RC drilling which saves time and capital.