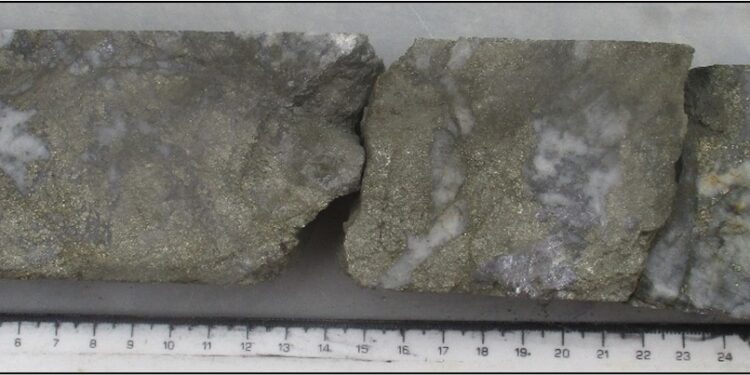 Galantas Gold Corporation (TSXV & AIM: GAL) has intersected high-grade gold in three holes from its ongoing 4,000 m drilling programme at the Omagh Project in Northern Ireland. All three holes were drilled from the underground development at the Kearney Vein.

“The company has successfully commissioned the secondary egress and has now commenced blasting of our first stope at Omagh. The timeline to transition Galantas to an underground gold miner has taken longer than initially expected but the commitment and focus by the Galantas team to build and train a workforce, rehabilitate the mine and mill, secure critical mining equipment while also drilling some of our best intercepts to date is no small accomplishment.

“The company is reviewing our mine plan and production guidance for the next 16 months including the timing to advance development to the higher grade Joshua Vein to provide multiple mine headings as well as underground drill platforms to extend the mineralisation to depth and test new targets.”