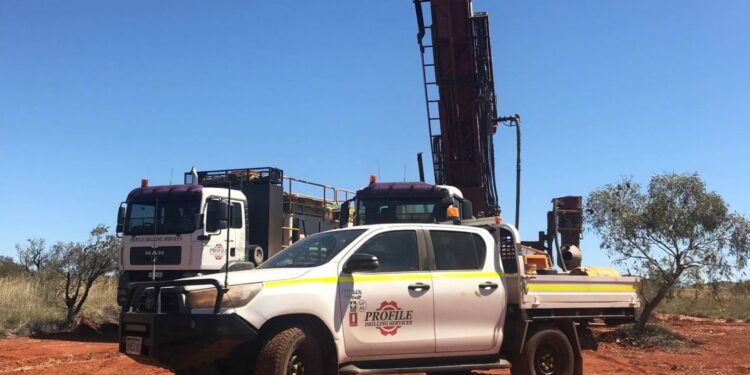 Global Lithium Resources Limited (ASX: GL1) has confirmed the contractor for the planned RC drilling programme at its Manna Lithium Project located 100km east of Kalgoorlie, has mobilised to site to commence work.

Earlier this year, experienced contractor Profile was appointed to undertake the RC drilling programme which will initially comprise 20,000m.

Profile is a Western Australian-based drilling services company which specialises in RC mineral exploration drilling and other mining services. The company is currently completing the deployment of a mobile camp at Manna to house both the geology team and drilling contractors on site. Profile is scheduled to commence drilling next week.

GL1 has undertaken a detailed study to specifically target expanding the lithium resource in this drilling programme at Manna, including a field reconnaissance trip which was carried out in Q1 2022 to verify the campaign and to establish locations for planned infrastructure.

“Profile’s mobilisation to the Manna Lithium Project takes us a key step closer to commencing drilling at the site, an important milestone for the company,” Global Lithium Head of Geology, Stuart Peterson, said.

“We are excited to now be on the verge of having exploration programs underway at our two lithium assets in Tier 1 Western Australian jurisdictions with the RC campaign at the Marble Bar Lithium Project also continuing.

“Profile is a highly experienced drilling contractor which we are confident will deliver this program on budget and schedule. We look forward to updating the market and shareholders of progress at Manna during drilling and then later as the initial results from this programme become available.”