Outlook for Gold: Not Just a Safe Haven

Outlook for Gold: Not Just a Safe Haven 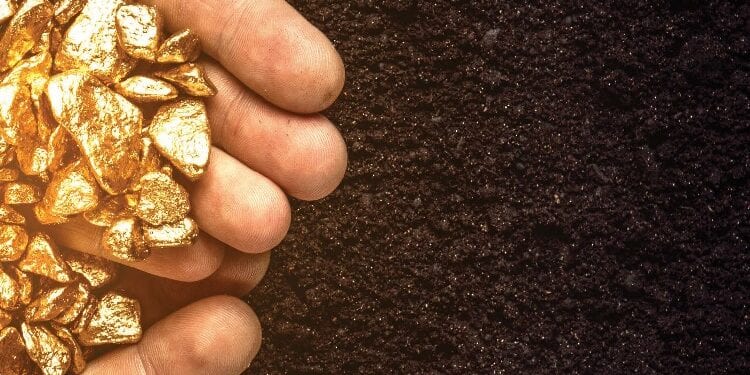 We expect gold prices to test seven-year highs in 2020 even though we see the Fed on hold throughout the year. Gold has re-established its safe-haven status and the yellow metal has proved to have many strings to its bow. Prices were buoyed in 2019 by central banks turning surprisingly dovish, but this was not the only catalyst for upside momentum. Falling UST yields and geopolitical uncertainty broadened gold’s appeal to a wider audience and gold ETPs set a new record-high.

We see scope for further growth in investor positioning and believe the next leg higher will be led by retail investment demand. The physical market is likely to continue to set the floor, and demand has proved to be price-elastic, which bodes well for prices. Central banks remain net buyers, but volumes have eased. Rate cuts usually have a positive impact on the economy with a lag of about one year; we believe investors are more likely to turn to gold in meaningful numbers towards year-end, in line with our expectations for UST yields to ease and for the Fed to cut rates in 2021.

Gold price gains are sustained when the wider economy is impacted
Daily gold price three months before and afetr shocks, indexed to time of stock 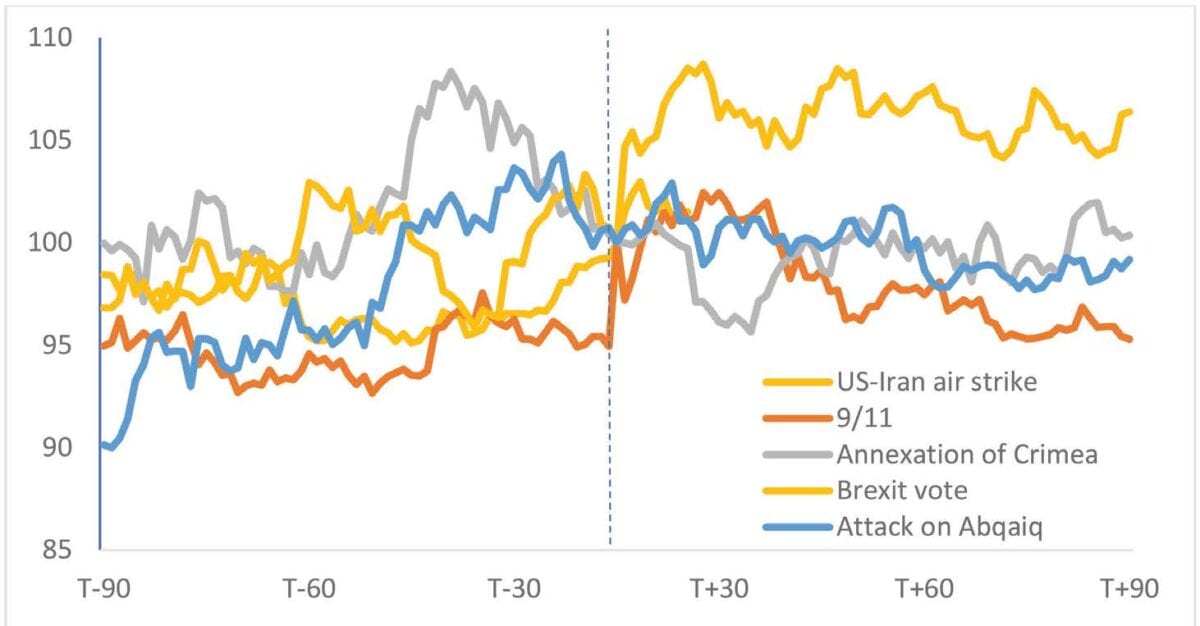 Geopolitical tensions provided a fillip to gold at the start of the new year, but prices had started to trend higher before the 3 January US drone strike. Gold had found better-than-expected support from the physical market with (1) India’s gold imports recovering in November 2019, (2) tactical investors lightening their exposure to gold earlier than normal in November, and (3) the ‘phase one’ trade deal leaving an expectations gap. The year-end gains appeared to be well supported, particularly as risk appetite returned following the decisive UK election result. In contrast, price gains amid a flight to safety associated with rising geopolitical tensions have tended to fall over successive sessions as markets reassess risks. Price gains tend to be the greatest at the outset of geopolitical shocks and make sustained gains less likely. 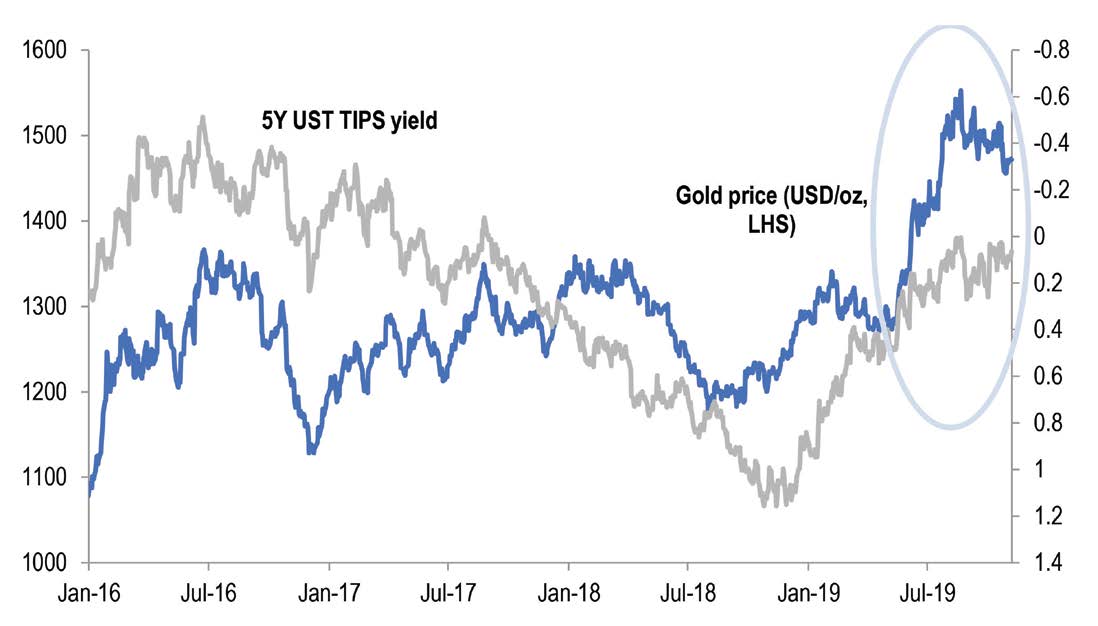 Gold kicked off 2020 strongly as a flight to safety boosted prices well beyond our Q1-2020 price target. However, tactical positioning was light ahead of year-end; the price move was perhaps exacerbated by investors not only rebalancing their portfolios, but also the risk-off environment driving safe-haven buying. Gold prices gained 6%, breaching $1,600/oz, in the first week of the year. But safe-haven gains are not necessarily sustained gains in gold. Indeed, such a rally is more likely to be extended if there is a systematic risk that is likely to impact global growth and potentially trigger a recession.

Looking at past geopolitical or political shocks, events that had repercussions for the wider economy were those that had a lasting impact on gold prices, such as the Brexit vote in 2016. Terrorist attacks have tended to drive an initial response in gold, but the effects have faded as markets have reassessed the risk, sometimes within a week. In some instances, the gold market has been focused on non-geopolitical factors. The attacks on Saudi oil infrastructure last year coincided with positive sentiment towards gold, thus prices remained elevated for longer. Therefore, it is not surprising that price gains have been surrendered in early 2020. The key question is, where is the floor? Although the initial flight to safety has faded, the floor has risen. Gold is in the limelight and is likely to remain so this year. 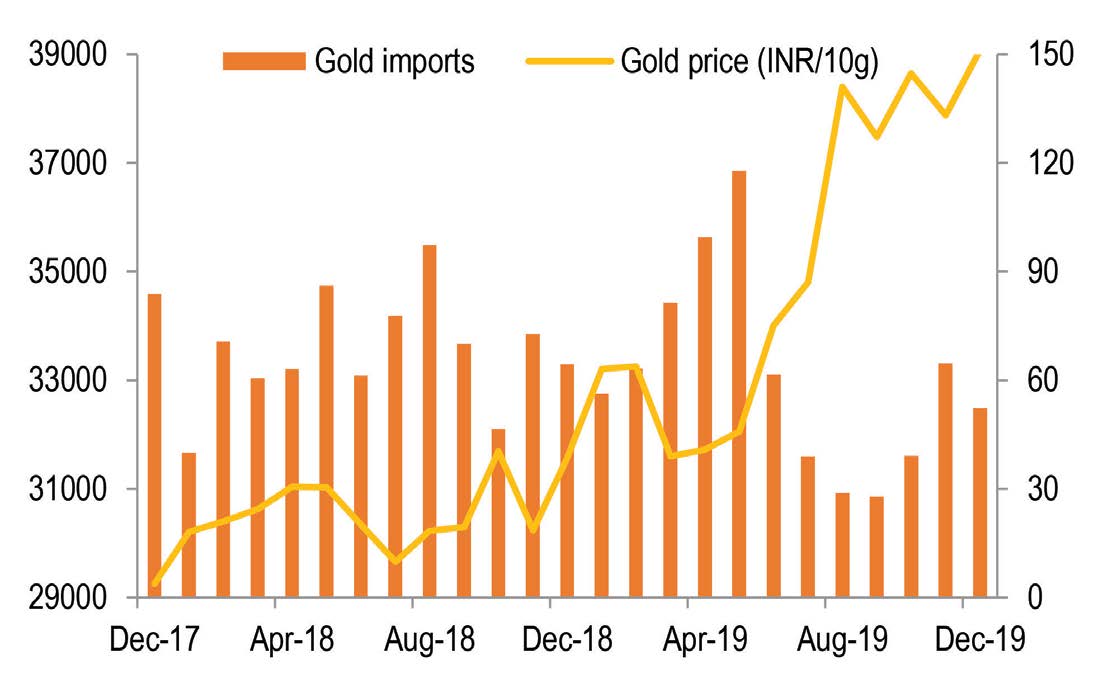 The two key downside factors for gold this year will be jewellery demand and central bank appetite. Jewellery demand fell to 460 tonnes (t) in Q3-2019, the lowest level since Q2-2010. Record-high prices in key gold-consuming markets, along with economic concerns, weighed on demand. While Turkey and Russia were pockets of growth, the largest consumers – India and China – saw double-digit percentage declines. Our conversations with market participants suggest that demand is likely to be fragile in 2020. However, and perhaps importantly, physical demand has proved to be price-elastic, providing a more solid floor for gold prices. Gold prices had tested lows of around $1,450/oz amid ‘peak optimism’ around the ‘phase one’ trade discussions and the physical market became increasingly price-responsive as prices softened, supporting the floor for gold prices. 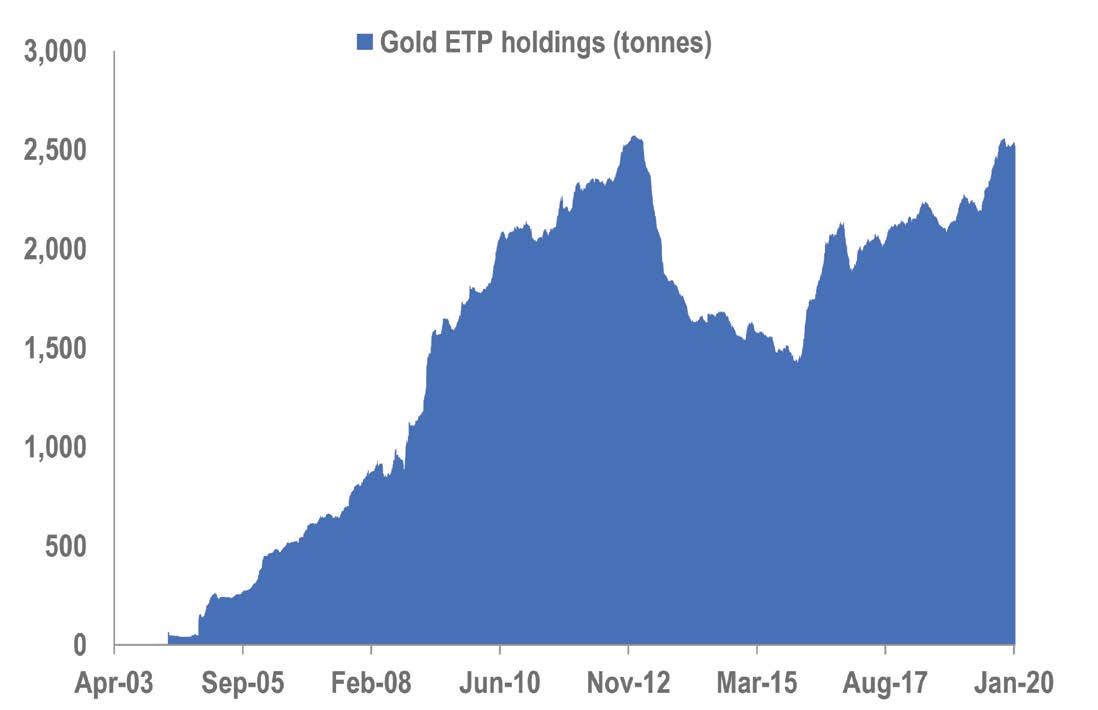 As gold prices traded to six-year highs in September 2019, physical demand came under pressure. Central bank buying helped to plug part of the gap as jewellery demand eased, but official-sector buying also softened in the past two months. The latest Swiss trade data for November shows that global exports declined, but with divergence among regions. Shipments to China remain under pressure, but exports to India rose to six-month highs in November as softer prices amid seasonal buying stoked consumer interest. Shipments to the UK surged over July-October, buoyed by ETP and coin demand. Although overall volumes have softened, we think it still bodes well that physical demand remains price-responsive and offers a cushion for gold. Demand tends to pick up around six weeks before the Lunar New Year holiday, which falls on 25 January in 2020, earlier than in 2019. This reaffirms our view that prices remain supported around $1,450/oz.

Preliminary data suggests that 2019 central bank buying surpassed the 51-year highs set in 2018. The latest quarterly data shows that central bank buying slowed to Q1-2019 levels, and we forecast that buying likely slowed further in Q4-2019. However, for the full year, official-sector demand could have marginally exceeded the 2018 high. Central bank buying was up 11% y/y for the first three quarters of the year. The partial October and November data shows that some consistent buyers, such as Kazakhstan, reduced buying from a run rate of 4 tonnes (t) to marginal selling, and China’s holdings were unchanged in October (2019 run rate: 10.6t). Russia’s additions slowed to 10t in October (2019 run rate: 14t), but Turkey remained a consistent buyer, with the exception of December activity. YTD purchases reached around 156t compared to 51t for all of 2018. Central bank activity is not typically price-sensitive, but many factors cited for increasing gold reserves remain in place.

Beyond geopolitical tensions resurfacing and the physical floor, key factors to watch in 2020 will be US elections, the Fed easing cycle and trade talks. Gold prices have rallied on a raft of factors, not just trade tensions or easing monetary policy or growing negative-yielding debt. Our economists do not expect the FOMC to cut rates again in the near future. Our base case that US growth will remain near or slightly below trend implies an on-hold policy rate. Furthermore, the latest commentary from FOMC members suggests that the Committee views the current policy stance as slightly accommodative. This suggests that in the event of a slight deterioration in the outlook, the policy stance would stay neutral, with little urgency to ease policy further. Beyond 2020, risks to the US economy are likely to rise, and we expect the Fed to resume its rate-cutting cycle at that point. We do not expect fiscal policy to deliver economic stimulus in 2020, following a slightly expansionary fiscal stance in 2019. Further stimulus is possible in 2021, but this will depend on Congress being aligned with the White House’s aims. However, should the Fed cut in 2020, this could surprise the market and expose prices to further upside risk.

Our Rates strategists are broadly positive on the 2020 UST market. The three ‘insurance’ Fed rate cuts in 2019 and signs that a ‘phase one’ US-China trade deal is close should mitigate downside growth risks in 2020 and the Fed may thus stay on hold this year. However, we doubt that US or global growth will re-accelerate; instead we expect a more material US slowdown in 2021 and the Fed to resume its rate cuts. We expect the 10Y UST yield to register new all-time lows during H2-2020 as consensus expectations start to reflect such a 2021 slowdown and the market prices in Fed cuts towards zero. Our end-2020 10Y UST yield forecast is 1.25%. Gold remains strongly correlated with real yields.

Geopolitical tensions, US elections, the Fed easing cycle, trade talks and equity-market outperformance will be key factors to watch. We expect the Fed to remain on hold in 2020 before restarting rate cuts in 2021; the USD to soften modestly in H2-2020, with the EUR-USD falling towards 1.15; and 10Y USTs falling to 1.25 by year-end. We note that the positive effects of rate cuts typically last for 12 months; concerns around economic growth are likely to re-emerge later in 2020, although we do not expect the US or the global economy to enter a recession.

An Active Approach to Gold Equities

An Active Approach to Gold Equities