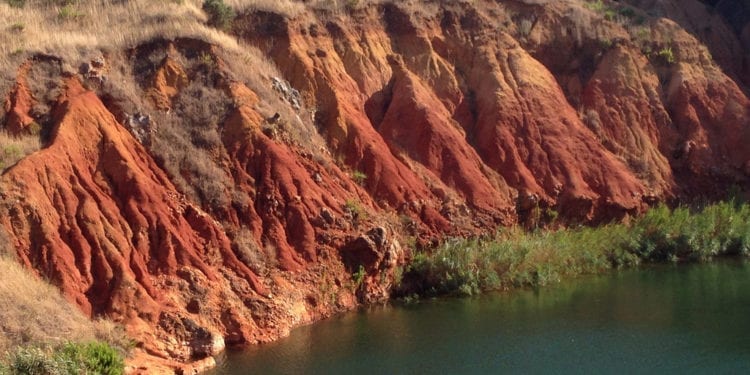 Fitch Solutions Macro Research just published an update to a previous study looking at the global bauxite market. In the most recent version of the document, the firm states that bauxite production growth will remain high over the coming years, as new projects come online in Australia, Indonesia expands exports, India’s production ramps up, and existing projects in Guinea drive growth.

According to Fitch, Australia, the world’s top producer of the orange metal, will maintain steady output growth driven by steady activity at the about 40 projects it hosts.

In particular, the market researcher states that the growth would be boosted by Rio Tinto’s expansion of the Weipa mine in Queensland, which together with the Gove mine drove 2017’s y-o-y 6-per-cent increase in bauxite production for the company, reaching 50.8mnt.

On top of those highly productive assets, Rio is developing its $1.9-billion Amrun project, which is expected to extend mining activities on part of the miner’s existing lease south of the Embley River, between Weipa and Aurukun. Amrun should start operating in 2019 and have an initial capacity of 22.8 million tonnes per year. 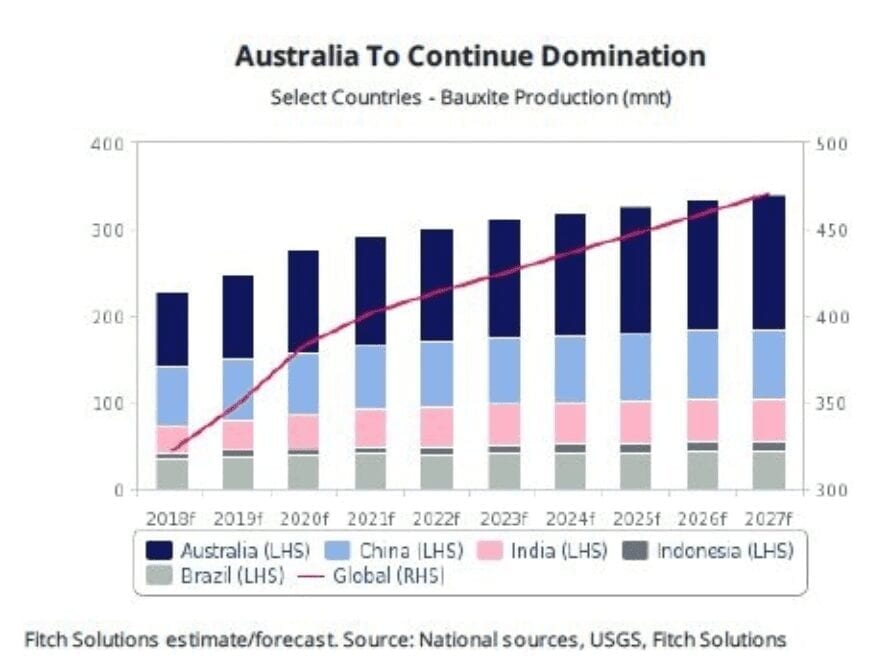 Another main driver of growth Down Under, says Fitch, is the soon-to-be-operative Urquhart bauxite project in North Queensland. It is operated by Metallica Minerals, who already received a mining lease from the state government.

Looking at Indonesia, the market research firm estimates that following the relaxation of the mineral ore export ban in the Asian country, bauxite production will ramp up over the next decade. The assertion is based on the fact that the bauxite exports reached 2.6mnt in the period between January 2017 and March 31, 2018.

“The country is starting to reclaim its share of bauxite exports to China, supported by closer proximity and lower-cost production than Australian or Guinean mines. We forecast Indonesia’s bauxite production growth to register an annual average of 12.9% during 2018-2027, compared with 72.6% over the previous ten-year period. We expect output to increase from 5.4mnt in 2018 to 11.4mnt by 2027,” the report reads.

In India, on the other hand, not exports but the domestic market is the one pushing for increased bauxite production, which is expected to grow from 30.9mnt in 2018 to 50.7mnt by 2027.

Fitch’s document states that the hike is supported by new government policy, such as the decision of the Odisha state cabinet to approve long-term bauxite linkage policy that would help alumina refineries, such as Vedanta’s Lanjigarh, source bauxite from the state-owned Odisha Mining Corporation.

Also, output is expected to rise because out of 71 major mineral blocks that will be auctioned by the Indian government in coming years, bauxite accounts for three blocks in Gujarat, one block in Jharkhand, and four blocks in Maharashtra. 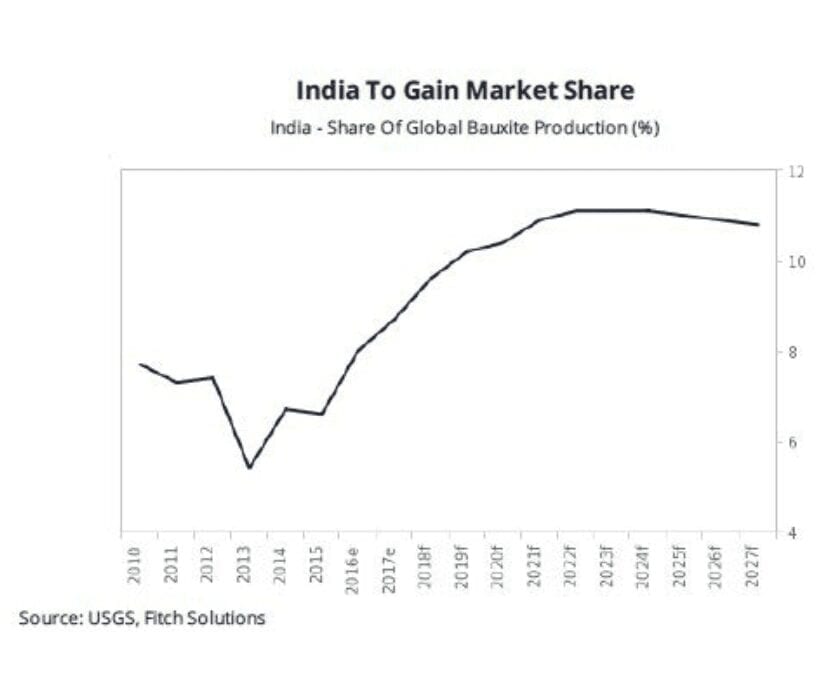 But the South Asian giant’s forecast is not as straightforward as it looks. “Despite this positive outlook for India’s bauxite mining sector, tightening environmental regulations and tribal tensions pose downside risks, by slowing down new projects,” the study suggests.

When it comes to Guinea, a country that holds the second largest amount of new bauxite projects behind Australia, Fitch believes that output will climb from 53.3mnt in 2018 to 78.2mnt by 2027.

The West African country’s project pipeline is the main driver of the growth. Leading projects are that of France’s Alliance Minière Responsable and the Société Minière de Boke, which aims at exploiting a deposit that contains an estimated 430 million tonnes of bauxite near the Boke region, as well as Alufer Mining’s Bel Air project which is expected to produce 5.5mnt of bauxite per year and ramp up to 10mnt per year over a 15-year period.