The Assay - Indicators Point to a Silver Rally

Indicators Point to a Silver Rally

Despite its much lower market profile than gold, silver’s prospects are looking up. The all-important gold-silver ratio is approaching levels reached during the GFC, which subsequently led to a 400% surge in the price of silver. Silver might not reach the same dizzy heights this time, but the metal’s underperformance relative to gold, along with other key drivers like inflation and the US dollar, suggest a fertile environment for price outperformance.

Silver does not experience the same level of investor awareness as gold. For this reason, silver’s prospects often get ignored by the mainstream media and the investment community generally. Gold dominates investor sentiment in the precious metals space, mainly because the metal is more heavily traded and there are many more listed companies offering exposure to gold than for silver.

Silver also tends to be a far more volatile metal than gold, due primarily to its relative ‘cheapness’ compared to gold. This provides investors in silver with more leverage to underlying price movements – which of course a good thing when prices are rising, but less attractive when prices are in decline.

Silver ultimately tends to be influenced by the same factors that move the gold market, but on a somewhat delayed basis. Movements in gold prices tend to be more immediate and significant, whereas silver tends to play catch-up. For this reason, many investors look towards the gold-silver ratio as a means of trying to determine whether there is relative value in the respective metals at any particular point in time.

But what does this mean in a historical context? The gold/silver ratio has only ever traded above 80 on four occasions over the past 20 years. During early 2016 it reached 83.8 due to worries about a Chinese economic slowdown and prior to that in October 2008 it reached 84.50 during the GFC.

The underlying price of silver has escalated wildly over time. It almost hit the $50 level during 2011 when the gold price traded at a record above $1,900; however it subsequently declined to lows of $13.63 during December 2015 during a period of extreme weakness for all commodities. Following a rebound to just over $21 following the Brexit referendum in the early summer of 2016, silver has largely traded in a range between $15 and $18.50. This places silver roughly $4 below its post-Brexit-peak.

The graphic above highlights the increase in the gold-silver ratio. Traders typically look to technical indicators rather than the supply-demand factors that drive other metals. This means that silver markets are primarily influenced by sentiment and can be hugely volatile.

An important factor to bear in mind when discussing investment and speculation in gold and silver, is that of crypto-currencies. Whilst silver had offered speculators a myriad of opportunities in the past, the emergence of crypto-currencies led by Bitcoin has significantly disrupted liquidity in the silver market. In the world of speculation, price appreciation becomes a strong magnet, with the price movement of Bitcoin exceeding anything that the world has previously witnessed.

With the decline in the market capitalisation of the entire digital currency asset class from over $800 billion in December 2017 to its current level at just over $300 billion, there is a strong likelihood that traders will revert back to the precious metals market. Furthermore, with the gold price approaching highs last reached in 2016, indicators suggest that silver has every chance of playing catch-up.

Why Silver Can Move Higher

Gold’s trajectory is strongly upward, which ultimately is positive for silver. So far however, gold’s gains have not been reflected in the price of silver. But momentum is building, compounded by the declining trend of the US dollar. I’ve written extensively about my pessimistic outlook for the US currency, which ultimately supports my optimistic view on the gold price (and indirectly silver).

All commodities enjoy an inverse historical relationship with the US dollar, so persistent weakness in the US currency is a bullish factor for the precious metals sector (including silver). Furthermore, the recent policy shift in the US towards tariffs could place additional downward pressure on the US currency. The graphic below shows how gold has clearly outperformed the US dollar over the past 12 months. Silver on the other hand, has been left behind.

We also have to take into account what is an increasingly inflationary environment. Gold and silver tend to perform well during periods of inflationary pressure in the global economy and there is little doubt that inflationary pressures are now beginning to emerge in the US economy, a fact supported by recent economic data. This situation is exacerbated by extremely accommodative monetary policies implemented by central banks around the world since the GFC.

Based on the track record of the ratio, we have seen the price of silver explode exponentially when the ratio has been in such a position before, adjusting its price to its mean, while taking into account any economic or political crisis that might jeopardize the world economy.

So what is possible? On this basis of a gold-silver ratio that approximates what we last saw in 2008 when silver was trading at $9.70, we saw a 400% increase in the silver price over the next three years to hit a high a record high of $49.82in 2011. If silver replicates this sort of performance, the target price for silver over the next three years is more than $65 per ounce.

I’m not suggesting that we’ll see a +400% price increase in the price of silver, although recent history suggests this is a possibility. With the gold-silver ratio currently trading at historic levels above 80 however, a strong argument can be made for higher silver prices. Furthermore, the outlook for inflation and the US dollar helps reinforce this view. 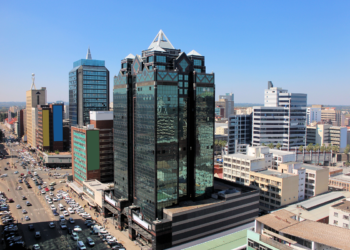