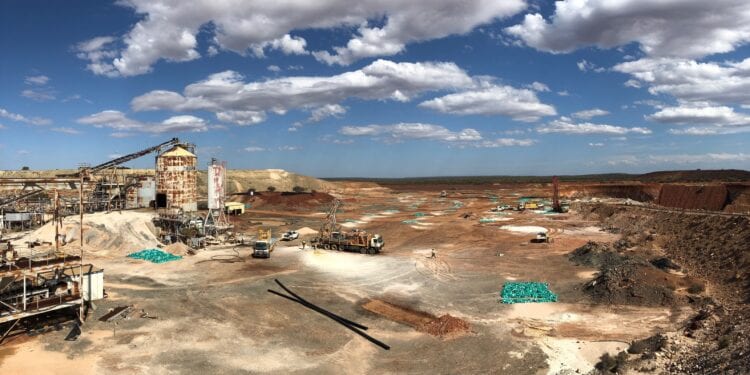 This is currently interpreted as a northerly plunging high-grade, gold mineralised body, where, in places, multiple shoots are present.

“The Grace prospect is emerging as an exciting high-grade deposit with one of the better recent intersections returned from hole RXRC151 being a spectacular 7m @ 54.6 g/t Au from 8m,” Mr Passmore said.

“This newly discovered mineralisation has all the hallmarks needed to bring it into early production-it is close to surface, lies near to existing pits and sits within a granted mining lease which already has substantial infrastructure.”

Mr Passmore said that as a result of the evolving COVID-19 pandemic and to ensure the health and safety of our employees and contractors the drilling programme has paused.

“The company will utilise this hiatus in drilling to interrogate data received from the airborne magnetic survey completed in January this year, 250 holes drilled since July last year, as well as the extensive inherited data base to continue the search for and delineation of high grade near surface deposits at Youanmi.”