The Assay Guide to Understanding the Silver Market

The Assay Guide to Understanding the Silver Market 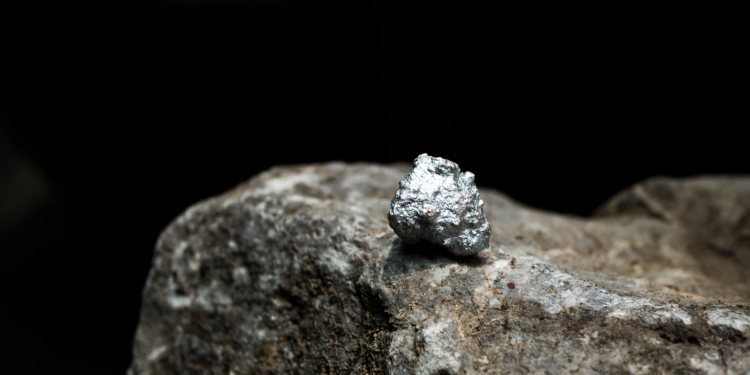 Silver is a chemical element with the symbol Ag and atomic number 47. As both an energy transition and precious metal, silver is soft, white, and lustrous. Silver’s unique properties demonstrate the highest electrical conductivity, thermal conductivity, and reflectivity of any metal, making it ideal for industrial use. Sterling silver refers to silver containing 92.5% purity, with the rest comprising copper or other metals.

Despite its volatile nature as a commodity, silver is still widely considered a safety-net investment. Often, investors will use silver to diversify their portfolios and hedge their investments against inflation during times of uncertainty. Like gold, silver is also a tangible asset, which provides a strong blanket of security for many investors compared with other intangible investments.

The global shift to more sustainable policies, particularly electrical-based alternatives, such as electric vehicles (EVs), has also resulted in silver maintaining a central space in the green revolution and significant amounts of silver loadings per vehicle.

Silver is an extremely diverse commodity, from electrical applications to chemical producing catalysts, it is a central component in various industries.

Silver has evolved over the years to become a part of the green revolution, particularly solar power, as silver is used in photovoltaic cells to transform sunlight into electricity.

Furthermore, due to its unique conductivity properties, silver is often an irreplaceable element in many heavy machinery and technologies, which is virtually impossible to substitute. The graph below sourced from the United States Geological Survey depicts the worldwide uses of silver:

Virtually every technological device active today contains silver, which accounts for the 40% shown on the graph. According to The Silver Institute, silver is widely used to coat electrical contacts, such as those in circuit boards. This method reduces the need for wires by producing an electrical pathway by spraying silver onto a non-conductive surface.

An example of this is radio frequency identification devices, which are gradually eliminating the use of barcodes at supermarkets. The chip used in these devices has an antenna consisting of sprayed-on silver.

Commonly, silver is used to produce jewellery and decorative items because its considerably malleable and ductile, meaning it can easily be shaped into desirable items. Combined with its lustrous and antibacterial qualities, silver is often a favourite of jewellery producers.

Silver is also frequently combined with other metals to produce alloys, particularly to increase the strength of the precious metal. Copper-silver or palladium-silver alloys are two of the most popular choices, often used in several applications, including circuits, and instances where corrosion-resistant materials are more desirable.

How is silver mined?

According to Britannica, some silver ore contains silver as its most significant metal quantity. However, practically none has silver as its main component. A conventional ore might contain 0.085% silver, 0.5% lead, 0.5% copper, and 0.3% antimony, so it is largely a mixture of other precious metals.

The extractive metallurgy process of silver depends upon the dominant metal within the ore (copper, zinc, or lead).

Silver is mined through both open-pit and underground techniques. Open-pit mining is conventionally one of the less economically taxing mining methods, as it only requires miners to extract minerals that are close to the Earth’s surface. This technique is often used to extract lower-grade ores with lower silver content.

Underground mining is a more capital-intensive process, as it involves the excavation of tunnels beneath the Earth’s surface. The complexity of the machinery required for underground mining combined with the elevated risk of danger means it is a much more expensive process. This type of mining is often used to extract ores of substantial-high worth.

Where is silver found?

According to Statista.com, silver is largely found in Mexico, with an estimated 178Moz produced in 2020.  The second-largest producer, according to the findings, is Peru, with some 110Moz being mined in 2020. The graph below represents the total number of million ounces of silver produced by each country in 2020:

As depicted by the Statista graph above, the three dominating countries in regard to silver production dwarf the rest of the world. With Mexico, Peru, and China totalling an estimated 396.4Moz during the year 2020.

The reason these countries dominate the world’s silver production stage is that they are the home of two huge silver mines: the Penasquito mine located in Zecazetas, Mexico, and the Antamina mine in the Andes mountains of Peru.

One of the largest silver mining companies currently operating in the world is Fresnillo plc (LSE: FRES). Fresnillo focuses on producing silver and gold from six locations across Mexico. According to the company’s annual report, its full-year attributable silver production in 2021 amounted to 53.01Moz.

Another contender in being one of the most significant silver mining companies in the world is Polish company KGHM Polska Miedź S.A. (WSE: KGH). KGHM predominantly sells silver in the form of bars and grains and is one of the world’s largest producers of metallic silver. According to a company report, KGHM produced an estimated 47.7Moz of silver in 2020.

The Anglo-Swiss company, Glencore plc, is also a significant miner of silver, producing around 32.8Moz of silver in 2020, with a 4% decrease in 2021 amounting to 31.519Moz. Glencore’s largest silver mine is the Antamina mine, which utilizes surface mining techniques and is located in Ancash, Peru.

Due to silver’s scarcity – and the fact that it is largely only mined as a by-product of other minerals and has a lower spot price compared with other commodities – it is often rendered a less profitable option than other metals to miners.

However, corresponding to research conducted by The Silver Institute, the total global silver supply is forecast to rise by 7% to 1.092Boz in 2022. The main contributor to this estimate is elevated silver mine production, which is forecast to grow 7% to a six-year high throughout 2022. This will be driven by advanced output from major silver mines, particularly from several large existing operations and strengthened by large new projects coming online.

S&P Capital also reported in 2021 that silver is expected to see a robust year in 2022, with the silver industry projected to benefit from global manufacturing recovery and a prospect of a ramp-up in the U.S.’s Green agenda, particularly regarding solar panels and EVs.

However, in an updated report produced in 2022, S&P Capital stated that industrial activity remains relatively lethargic, and the increasing scarcity of the material will create a potential downward trend in silver pricing and put off silver investors.

Similarly, to gold, annual demand for silver has fluctuated over the last few years. COVID-19 severely reduced the use of silver by manufacturers, causing mining operations to become sluggish, if not halted altogether.

Similarly, consumption from jewellery makers hit an all-time low as the retail sector took a particularly harsh dent. However, interests were mildly boosted by investors who desired a safe-harbour asset during a particular time of economic instability.

Despite this, and despite positive forecasts for silver production, The Silver Institute reported that silver entered a market deficit in 2021, for the first time in six years demand has outweighed supply capacities. Reuters also reported that silver demand was set to soar, anticipating that demand would rise to 1.029Boz that year, up 15% from 2020.

The outlook for silver’s use in the photovoltaic industry is at the epicentre of growing demand. The global government’s commitment to carbon neutrality has developed a precipitous expansion of sustainable energy policies. As a result, even with ongoing efforts to reduce silver loadings, record photovoltaic installations are anticipated to assist in a significant increase in silver demand in 2022.

Silver’s central role in the global demand for a green future alongside growing demand suggests it will maintain space as a desirable asset for investors.

Overall, the 2022 annual average value of silver, based on data produced by the Independent Precious Metals Authority, is forecast to be US$23.54/oz, a reduction compared to 2021’s actual average price of US$25.14/oz. A table of the Precious Metals Forecast Survey 2022 for silver can be found below:

Despite a marginal decrease in price forecast, the silver pricing remains at a considerable high, comparable to previous years.

Will the price of silver go down?

Considering all the information provided by data analysts such as S&P Capital, Reuters, and the Silver Institute, the future of silver is difficult to predict.

Like with gold, there are many global, political, and economic facets that can influence pricing, however with the contribution of greener initiatives and silver’s consistent space in several commercial, medical, and industrial sectors, it could stay strong for some time to come.

To stay up to date with the latest developments in the market, be sure to check out our silver news hub.