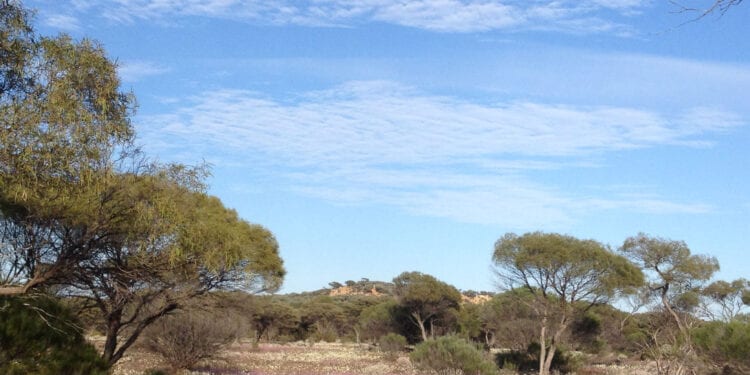 Surefire Resources NL (ASX: SRN) is preparing to commence a major drilling programme focussed on the Yidby Road Prospect in the Mid-West region of Western Australia.

The programme will initially comprise approximately up to 40 holes for 6,000m of RC drilling, and is designed to test the immediate down dip and along-strike/down-plunge extensions of this significant, thick and relatively high-grade, gold discovery.

The exceptional intersections recently produced from Yidby Road are from fresh rock, open at depth and define a zone that is open to the north and south of the drilled area to date.

Drilling will focus on defining and extending the “porphyry” zone that is up to 56m thick and dips moderately to the east. Historical aircore and limited RC drilling intersected other zones of mineralisation both east and west of the new discovery. However, drilling was previously oriented west to east and, in some cases, drilled down the steep to moderate easterly dipping mineralisation (see cross sections Figures 2 and 3).

“We are looking forward to re-starting the drilling program at Yidby Road, aimed at expanding and defining this significant new gold discovery,” Mr Nikolaenko said.

“This next stage of drilling will target immediate extensions of the exceptionally thick and relatively high-grade gold zones both at depth and along strike to the northwest and southeast.

“We will also be testing the other gold bearing structures within this wide corridor of gold mineralisation, that may continue for up to 5km within the Surefire tenements.”

The Yidby Gold Project is situated within the southern portion of the Yalgoo-Singleton Greenstone Belt near Ninghan Station Homestead. To the south of the project is the Extension Hill iron ore mine, Mount Gibson Gold Mine. The three exploration licences cover 113.77 sq. km with three gold prospects hosting significant gold mineralisation.

Preliminary interpretation of regional magnetic imagery has highlighted a series of northwest trending structures that correspond with both the Yidby Road and Cashens Finds prospects. The Yidby Road structure has truncated the axis of a major antiform, representing a structural high that is considered highly prospective for gold mineralisation.

Both the Yidby Road and Cashens Find structures are interpreted to continue for over 5km within the Surefire Resources tenements and remain largely untested by drilling along strike of the prospect areas tested to date.