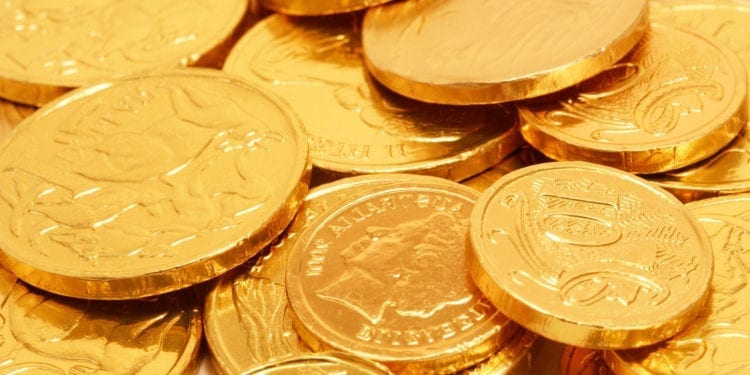 We strongly believe that REAL ASSET prices are significantly undervalued in historic terms, which will re-price over time as the macroeconomic cycle shifts. We are seeing clear evidence of supply constraints and scarcity of many important metals and minerals of high quality.

The massive injection of liquidity and subsidised money since the Great Financial Crisis of 2008 has resulted in a massive misallocation of capital globally, accelerating to a large extent new innovation and technology which we will adopt in the coming decades.Whilst most of the capital has been funnelled into the new growth areas, depressed resources prices coupled with high volatility have dislocated capital allocation to the resources sector. Managers have been trimming costs and have optimised mine plans and production schedules, and have potentially undermined the medium-to-longer term sustainability of these businesses, questioning supply structures going into 2020/23, which will in time create supply shortages and drive commodty prices significantly higher. On top of this under investment, geopolitical risks have been rising in many mining jurisdictions, thus limiting supply further. If spot prices remain too low for too long, they will ultimately destroy miners’ ability to produce the metals needed over the longer term, and actual supply shortages will emerge. Due to the tremendous capital and time needed to ramp up production, sharply higher prices will not automatically increase the available supply of the metals. Asian economies in particular will have to improve their environmental standards, which can only be achieved with new technologies as well as cleaner, better quality products to start with, driving massive price differentials in various commodities. In the end, mining companies will have to meet their customers’ requirements to stay in business. Cleaning up the environment is a structural development in Asia which is here to stay, and this will have profound differentiating implications on margins for commodity producers of clean, high- versus low-grade ore. Demand for high quality commodities will continue to accelerate (fig.1). 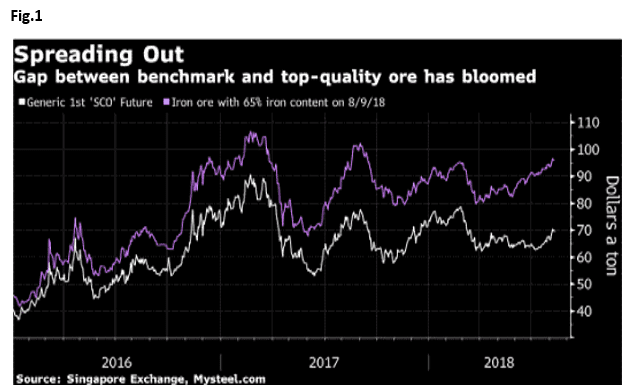 Furthermore, we believe that the HARD / REAL ASSET markets have turned up early this century due to massive money printing and currency devaluation, a process which we expect to further accelerate, forcing governments to restructure financial markets and currency realignments before we will move into calmer markets. In the meantime, massive leverage derivative trades will continue to result in higher volatility in all asset classes forcing fund managers to become more nimble and focused on quality businesses to invest in for the longer term.Over long periods, markets move in investment cycles and trading bands, and as such, investors should accumulate positions

during stress levels as witnessed during this summer period. During normal times, companies tend to trade close to net present value (NPV) levels whilst during stress periods the market will value them at half the value and during bull market periods closer to 2x NPV valuations, creating massive price swings.

Even underlying commodity prices are moving significantly with prices bottoming 10-20% below break- even costs for producers, whilst on the upside, premiums can expand significantly higher during periods of supply concerns. The general 80/20 rule can be applied that during recession periods only 20% of companies will be able to show positive cash flow, whilst during financial market stress periods that ratio might fall to low single digits. The commodities industry tends to operate in cycles of overinvestment followed by underinvestment. We believe we are still in a period of underinvestment for many commodities after suffering a multi-year severe bear market from 2011 to 2016. If we were to look at a commodity like gold, it is general consensus that global production has peaked, and current prices are not high enough to sustain production and replace reserves. This has been clearly shown by the drop in output by the major miners. According to Canadian broker Cannacord Genuity, gold prices of more than USD1,350/ ounce are required to incentivise large greenfield projects, mainly from energy and labour costs. In the recent quarterly reporting season, many miners have given indications of input costs creeping up. While BHP Billiton continues to have a positive outlook bolstered by rising commodities demand in the developed world, it warned key oil, copper and coal units are forecast to see rising costs. Costs of production have bottomed out and will require higher commodity prices to justify bringing new production on stream.

Interestingly in today’s environment, currency swings are key drivers to profit and loss. It is no longer, just emerging market currency risks we are facing, but large swings in major currencies, for example, the Japanese Yen appreciating 30% and reversing that move within a year for a 50% drop against the US Dollar. Similarly the Australian dollar had a significant rally into 2011 and has given up all the gains since, trading today back at its base level. Despite all of the massive swings in currencies, the gold price in USD terms has been trading between USD 1,150 and USD 1,350 in a consolidation range (fig.2). 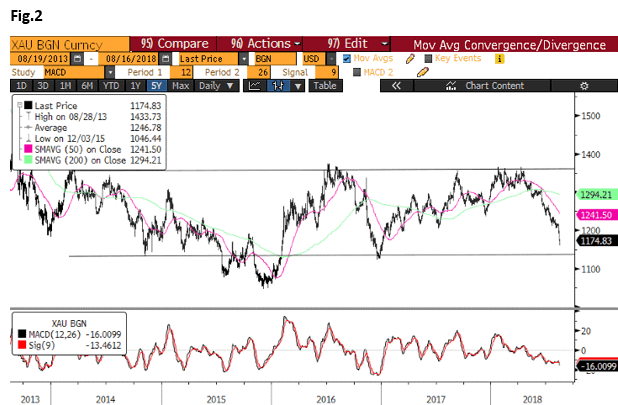 Many good companies have been adding significant free cash flow and improving their capital management structure, thus increasing shareholder value during the last five years, but do not find any traction in today’s financial market universe.Whilst many of our investors have received information about Australian opportunities, good valuations have started surfacing in the North American universe as well. For example, growing, midtier, Canadian-listed, West African producer, B2 Gold. The company has recently brought its latest project, Fekola, to commercial production on time and on budget, with this asset contributing to half the company’s net asset valuation and forecast to grow production strongly at low costs going forward.

The share valuation of B2Gold in US Dollar terms since 2012/2013 has basically gone nowhere, trading in a very wide band (fig.3), whilst the company has six folded production and reduced cost by over 20% (fig.4). Cash flow and profitability have gone up significantly showing a well-run growing company, whilst the balance sheet remains flexible (fig.5). In mid-2017 we compared four of our preferred precious metal investments with Apple, blocking out the names, and asked investors if they could identify the resources companies. Most could not, but found all of the companies attractive on many investment metrics. Interestingly, the largest pension fund in the world, Norway’s $1 trillion wealth fund, is a major shareholder in the three Australian-listed miners, which is a clear indication that these are well-managed companies that create value as the fund’s mandate is to preserve value. A lack of knowledge and interest in the sector is starting to create great investment opportunities with low double digit price-to- earnings ratios and good sustainable dividend structures and shareholder returns. Good and bad companies have been sold off regardless of quality and valuations during this last sell down, which shows a clear lack of interest and understanding of the market. The best companies are running on EBITDA margins of 30-50 percent on a sustainable basis, which will over time see share valuations re-rate. Many of the mining companies represented in major indices are trading at 30-50% discount to net asset value (NAV), relative strength indicators (RSI) between 10 and 15 indicating technical exhaustion, extreme levels we have witnessed during the 2001, 2008 and 2015 lows. We believe that this is a great time for value investors to accumulate and average down existing positions. Net speculative positioning has collapsed with the speculators having turned net short – the last time this happened was in December 2001 when gold was priced below USD300.00 per ounce. Despite all of the paper selling, very few investors are selling their physical holdings. Such extreme positioning raises the risk of a sharp short squeeze. Risk/reward is skewed to the upside. However, at the present time, the market is ignoring how cheap some companies are getting (with improving fundamentals), whilst investors worry about concerns over slower growth in China and global trade tensions. 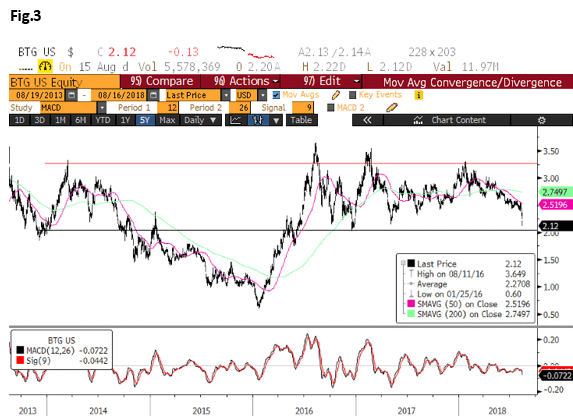 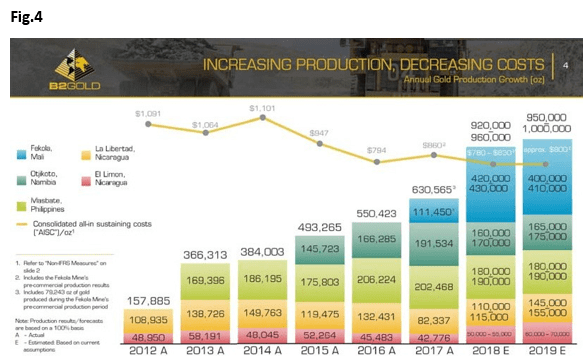 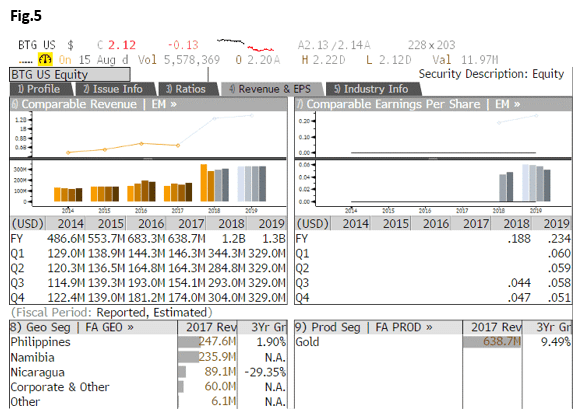