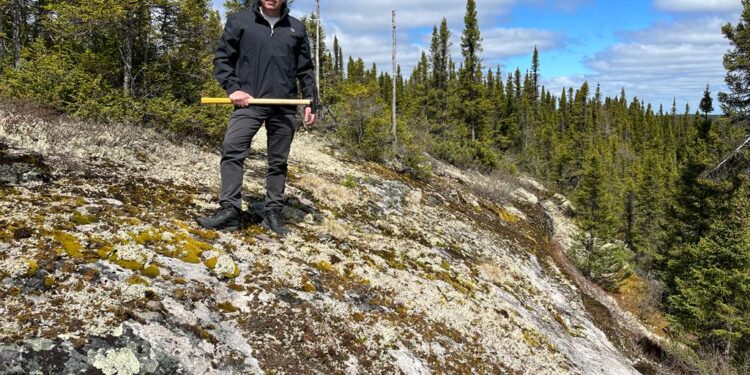 Exceptional metallurgical results were achieved in the test work undertaken on two lithium-bearing composite samples from the flagship Cancet project and one composite sample from the Adina project.

Samples were sourced from split drill core from the Phase 1 drilling campaign which was previously completed at Cancet.

Hole selection was guided by the requirement to ensure the metallurgical testing would provide a representative view of the deposit at Cancet.

Future test work will further investigate iron rejection in the flowsheet; the impact of host rock dilution on metallurgical performance; and optimisation of the flotation conditions. Metallurgical test work was undertaken at SGS Canada Inc. in Lakefield, Ontario.

“Results from the metallurgical test work on composite drill core from our Cancet and Adina projects are outstanding,” Managing Director, Chris Evans, said.

“The latest results significantly build on test work done previously by MetalsTech, which tested a Cancet composite with Heavy Liquid Separation (HLS). We have expanded the testing to include Adina and flotation test work on samples from both projects.

“The recoveries are exceptional with just HLS as a standalone and are improved further with flotation test work. They show Cancet ore can potentially be beneficiated to a 6% Li2O concentrate with just Dense Media Separation (DMS). This will result in a lower environmental impact with less comminution (crushing), power and chemicals needed, lower capital cost and quicker approvals, which should mean an acceleration to market.” For further information please visit: https://winsomeresources.com.au/