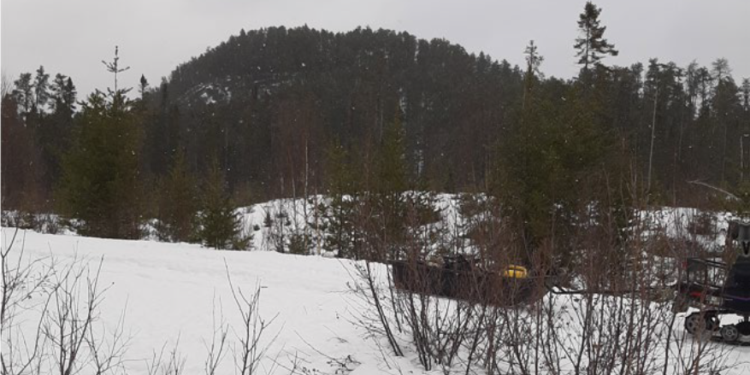 The company has partnered with geology specialist Glenn Griesbach and local prospector Marc de Keyser. It has entered into an exclusive option agreement to acquire 258 claims from Mr Griesbach and one claim from Mr de Keyser, totalling 149 sq. km in the prospective Mazérac region.

Mazérac is located close to the mining centres of Val-d’Or and Rouyn-Noranda, approximately 600km from Montreal. This is within the greater Decelles area, where the company also acquired new property in January 2022.

The company has signed an exclusive option agreement to explore and subsequently acquire the claims over a 24-month period. Mr Griesbach is a Canadian-certified geologist with more than 40 years of mineral exploration experience across Canada, Africa, China, and South East Asia. Mr de Keyser is a seasoned local prospector of First Nation heritage, with a strong understanding of the Mazérac region.

Managing Director, Chris Evans, said by entering into this agreement, the company further expands its land holding in Quebec, exploring a new area of the province known for granitic and pegmatitic outcrops.

“We are delighted to have entered into the option agreement for a further 259 claims at Mazérac in the Decelles region. There has been a considerable amount of recent lithium focused activity in the surrounding region, with several public and private companies making successful discoveries.

“By acquiring this project, we significantly increase the Company’s prospective lithium landholding in Quebec and continue towards achieving our vision of supplying high grade lithium products into the North American battery supply chain.”

Earlier intermittent surveys conducted in the 1950s-60s reported on the presence of spodumene in the region. However, this was not of sufficient quantity to sustain systematic exploration at the time. Beryl crystals were also found associated with quartz segregations in pegmatites in several locations.

A large, highly prospective granitic outcrop was recently identified by prospector Marc de Keyser. This outcrop is known as Nippy Hill, which has just been acquired by Winsome. This is where Winsome will commence its ground exploration in the coming weeks.

Recently, Vision Lithium Inc. discovered high grade lithium through channel sampling and has commenced a maiden drill program on its Cadillac property, which it acquired last year. Vision, like many other junior explorers has also pursued claim staking activities in the sector.

Since December 2021, close to 4000 new claims have been registered in the greater Decelles Batholith area and the Pontiac Sub-province region, south of Val-d’Or and Rouyn-Noranda.

Winsome intends to fast-track exploration on its Decelles / Mazérac claim package. The company has already started data compilation and desktop review and ranking of apparent granitic outcrops, terrain and means of access. Many of the targeted outcrop clusters are extensive, occurring over hundreds of metres, and easily identifiable on Google Earth and Quebec Government’s Foret Ouverte platforms.

Known granitic outcrops within the new Winsome Decelles and Mazérac claims, starting with a thorough investigation of the Nippy Hill prospect, will be prioritised for exploration field work to identify /confirm pegmatite occurrences.

Systematic fieldwork will be conducted in the Canadian summer once the snow has cleared and more outcrops are visible for mapping and sampling.