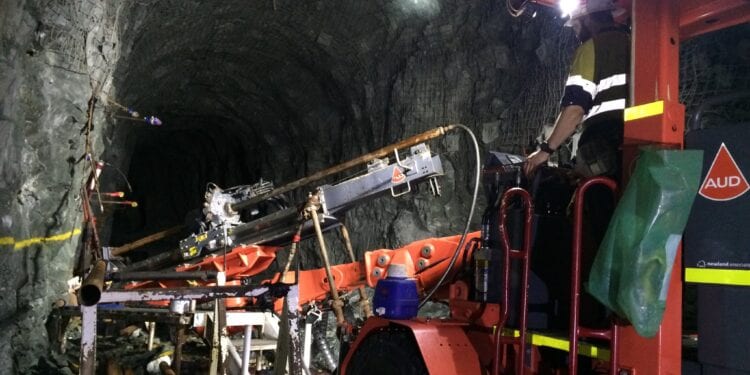 The company has currently deployed seven rigs in a major resource development and discovery programme, which focuses on highest‐value deposits scheduled for mining in the next five years to further enhance the mine plan.

Executive Chair. Milan Jerkovic, said that additionally, high grades encountered in grade control drilling at Golden Age are expected to materially enhance grade and production during the transition to, and in parallel with, the addition of sulphide production in the three‐year staged development at the Wiluna Mining Centre.

He said the new discoveries at Starlight and Essex demonstrate the outstanding discovery potential at Wiluna, where despite over 125 years of mining and exploration, new high‐grade discoveries continue to be made, close to surface and close to existing underground mine infrastructure.

“These results confirm the company’s strong view that the Wiluna Operation will develop into a larger‐scale, high grade, and long‐life gold mine.”

Approximately 50% of the Mineral Resource is in the Measured and Indicated categories and 50% in the Inferred category. The 2021 drilling program is of similar scale, with seven rigs currently operating, with the aim to grow reserves through targeting new high‐grade shoots and progressive infill to convert the current Inferred Resource of 2.10Moz @ 4.57g/t (above 2.5g/t cut‐off) to Indicated category.

Including historical production of over 4Moz, Wiluna’s total endowment is over 10Moz which ranks Wiluna alongside an exclusive peer group of large‐scale, long‐life mining centres in the Western Australian gold fields. Most historical production and existing resources occur in the upper 600m at Wiluna, with limited drilling during the past 15 years at depth on Wiluna Mining’s exploration targets, which Wiluna Mining will systematically drill out to complete the resource and reserve development program over the next three to five years.

At Wiluna, the bulk of the ounces are hosted within high grade shoots within steeply dipping gold shear zones, with the two most prominent shears being the East and West structures and a third sub‐parallel structure called Adelaide‐Moonlight shear, with a combined strike length of over 10km. In addition, numerous linking structures and splays are also mineralised, and free‐milling high grade quartz reefs continue to be drilled at the Golden Age area.