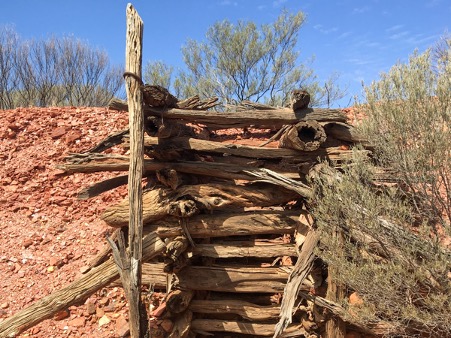 Drilling at the Gold Duke Project is expected to take two weeks with first assay results due in mid- January 2022. Two prospects are planned to be drilled, Top Knot and Kingfisher North.

The Top Knot prospect is located on the Joyner Find Shear Zone (JFSZ) and contains numerous shallow historic shafts hosted within a package of intercalated ultramafic and chert rocks.

The drilling will test co-incident targets previously generated from a Sub- Audio Magnetics (SAM) survey and soil geochemistry. A total of 17 holes are planned to target the intersection of NNE-trending faults and the JFSZ, interpretated to control mineralisation at the Top Knot prospect.

The Kingfisher North prospect is concealed under the Proterozoic Finlayson Member, a fine- to medium-grained, well-bedded arenite, with thin conglomerate intervals. Thirty-five RC drillholes are planned testing interpreted intrusive and fault splays of the Brilliant and Joyners Shear Zones.

The prospect has had no previous drilling. WGR believe the prospect is highly prospective for both Au and Au-Cu mineralisation with copper intersected in RC drilling at the Brilliant deposit to the south. The drilling at Kingfisher is co-funded by the WA Government EIS drilling grant of A$118,500.

“We are delighted to have commenced this RC drilling programme at the Gold Duke Project,” Managing Director, Warren Thorne, said.

“The Kingfisher North prospect is the last truly underexplored area within the project area with three km of both the Brilliant and Shear Zones lying beneath Proterozoic rocks. Drilling is aimed at testing structural targets generated from SAM interpretation including flexures in the shear zones and interpreted intrusives.

“The Top Knot drilling programme follows up targets generated by soil sampling and interpretation of the SAM survey. Drilling at Top Knot is an extension of the Joyners Find Shear Zone north of the known resources at Eagle and Emu.