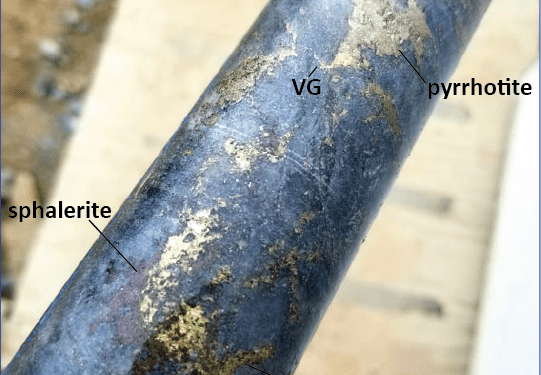 Campaign Includes 170,000m Of Drilling and 4,800m Of Underground Development

Wallbridge Mining Company Limited (TSX:WM) reports that due to the large increase in size potential of its Fenelon Gold Property in Quebec following the exploration success in 2020, the company’s Board of Directors has approved a C$79 million 2021 programme.

The campaign will include approximately 170,000m of drilling and 4,800m of underground exploration development (Phase one of a 10,000m two-year programme).

The company also announced it has paused the current permitting process for a small-scale gold operation in the Gabbro Zone. Instead, the company intends to re-submit permit applications, supported by an updated project description and environmental and social impact assessment (ESIA), for a much larger and more appropriately sized operation following the delivery of a maiden resource and associated economic studies which will be completed as part of the 2021 programme.

“The company believes that the Fenelon gold system will support a much larger, substantially different project than originally envisioned and the current project description and ESIA, as submitted in our application for a 500 tonne per day (tpd) operation permit, no longer aligns with Fenelon’s newly demonstrated larger size,” said Marz Kord, President and CEO of Wallbridge.

“Focusing on a larger-scale Fenelon project would positively impact the permitting discussions with stakeholders and regulators, enhance the overall economics of the expanding resource and move us closer to the potential development of a larger mine at Fenelon”.

About Wallbridge Mining
Wallbridge is currently advancing the exploration and development of its 100%-owned Fenelon Gold property, which is located along the Detour-Fenelon Gold Trend, an emerging gold belt in northwestern Québec. The Company completed approximately 102,000 metres of drilling in 2020 and has begun a fully-funded 170,000-metre drill program and 10,000-metre, two-year underground development program in 2021. The Company intends to complete a maiden resource on the Fenelon Gold system in the third quarter of 2021.

Wallbridge now holds several kilometres surrounding its rapidly expanding Fenelon discovery providing room for growth, as well as future mine development flexibility. Wallbridge’s land holdings in Québec along the Detour-Fenelon Gold Trend is over 900.0 km2, improving Wallbridge’s potential for further discoveries for over 90-kilometre strike length in this under-explored belt.

Wallbridge is also the operator of, and a shareholder in, Lonmin Canada Inc., a privately-held company with a large portfolio of nickel, copper, and platinum-group metals (PGM) projects in Ontario’s Sudbury Basin.

Sky Gold Rides Back To Mustang

Sky Gold Rides Back To Mustang