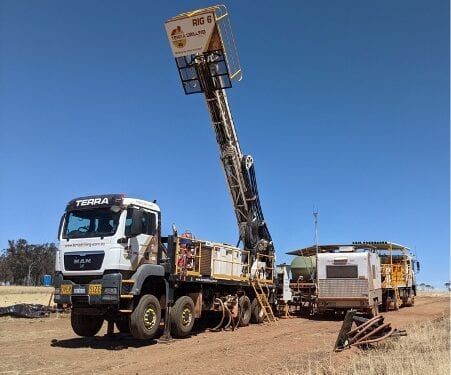 Identifies Potential For Broad Zones Of Gold In WA Wheatbelt

Venture Minerals Limited (ASX:VMS) has received significant results from a recently completed trenching programme over some of the high order gold in soil anomalies at its Kulin project in Western Australia’s Wheatbelt region.

Managing Director, Andrew Radonjic, said these broad, strongly mineralised gold zones in the trenches, not only confirm the soil anomalies, but also suggest there is significant potential for intersecting broad zones of gold mineralisation at depth which the current diamond drilling program (in progress) is designed to test.

Once Venture has completed this initial diamond drilling programme at Kulin, a recently contracted rig with a minimum 3,000 metre commitment, will head to Golden Grove North, where it will target both extensions to the Orcus sulphide system as well as complete maiden drill holes, testing a number of the other newly identified, strong EM conductors situated along the five km long VMS Target Zone along strike to the Golden Grove Zinc-Copper-Gold Mine.

“The company is looking forward to generating drill results from Kulin in the coming weeks following the completion of its maiden diamond drilling programme,” Mr Radonjic said.

“Venture will then immediately follow on with the continuation of drilling at its priority exploration Project at Golden Grove North, as it looks to target extensions to the recent drill intersections of up to 7% Zinc, 1.3% Copper and 2.1g/t Gold at Orcus and other newly identified, strong EM conductors situated along the VMS Target Zone.

“This new phase of exploration in Western Australia is poised to generate significant news flow for shareholders over the coming months.”