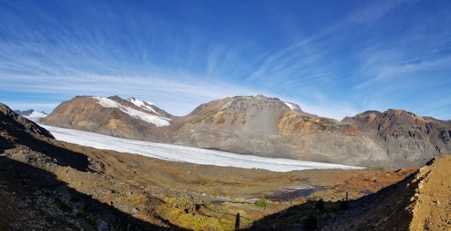 Tudor Gold Corp. (TSXV: TUD) has identified strong mineralization in the ninth and final set of drill results for the 2022 exploration programme at Treaty Creek, located in the heart of the Golden Triangle of Northwestern British Columbia.

“We are very pleased to announce results from the Treaty Creek exploration campaign with the release of five drill holes completed on our Goldstorm Deposit,” President and CEO, Ken Konkin, said.

“This drill hole ended in strong copper mineralization and this composite was centred on a much larger composite of 489.0 m averaging 1.12 g/t AuEq (0.66 g/t Au, 3.60 g/t Ag, 0.36 % Cu). Ground conditions prevented the completion of this drill hole.

“Also of significance, silver grades we elevated within several holes of the newly discovered northern extension of the CS600 domain. Drill hole GS-22-162 intersected 1.34 g/t AuEq over 145.5 m with 0.61 g/t Au, 12.01 g/t Ag and 0.5 % Cu. In addition to expanding the deposit to the north, we were successful in confirming the near-surface, south-easterly expansion of the newly discovered Route 66 Zone that yielded 0.95 g/t AuEq over 42.0 m.
We continue to observe higher gold, silver and copper grades throughout the northern step-out expansion of the Goldstorm Deposit than the grades derived from the 2021 Initial Resource Estimate. Despite significantly expanding the resource limits of the Goldstorm Deposit, it remains open in all directions and at depth.

“Our geologists will focus their attention on refining the geological model and completing an updated Goldstorm resource for 2023. In addition, numerous samples were collected for on-going petrographic, mineralogical and metallurgical studies that will be carried out during the following winter months.

“We thank and congratulate our staff and contractors for their safe and professional conduct in making the 2022 exploration season at Treaty Creek such a successful programme.”

The Program at the Treaty Creek property included an aggressive resource expansion and delineation plan for several areas, including the Goldstorm Deposit and the Eureka and Calm Before the Storm Zones. Results included in this press release are reported from five diamond drill holes that were drilled on the Goldstorm Deposit (Sections 110+00 NE, 117+00 NE, 118+00 NE, M and N). At Goldstorm, four out of five holes were drilled partially or completely outside the 2021 NI 43-101 Mineral Resource Estimate area (see link: corresponding Treaty Creek plan map and sections). 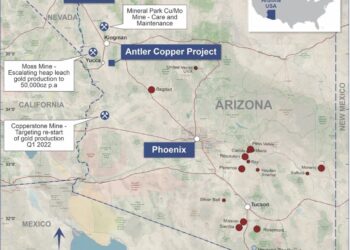