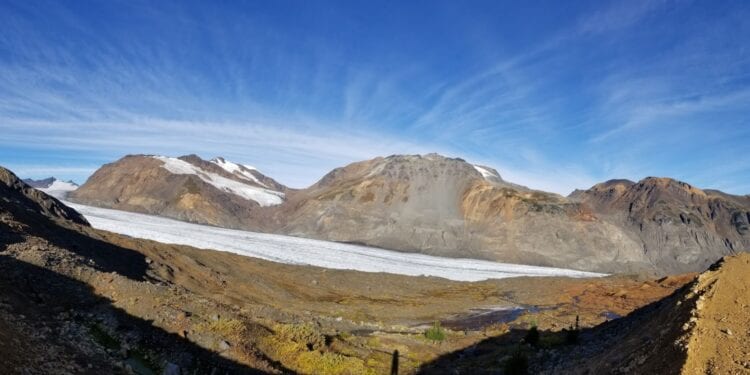 Tudor Gold Corp. (TSXV: TUD) has intersected a number of wide gold intersections in the Goldstorm Zone at its flagship Treaty Creek property in British Columbia.

The company has now received the results for the last set of diamond drill holes for the Goldstorm Zone, which is located within the heart of the Golden Triangle of Northwestern British Columbia and on-trend from the nearby Seabridge’s KSM Project.

It was necessary to abandon two of the final drill holes as ground conditions prevented the safe completion of GS-20-99 and GS-20-101 late in the season, however, significant gold and silver mineralisation was encountered in GS-20-99 (0.647 gpt AuEq over 109.5 meters) and this hole ended in strong stockwork within the DS5 System.

“We are very pleased with the results obtained from our 2020 exploration program and we anticipate the completion of an initial resource estimate over the next few months. We are also determined to continue the exploration efforts in 2021 to better define and potentially expand the Goldstorm and Perfect Storm System,” Mr Konkin said.

“It was not possible to attempt drilling at some of our high priority exploration targets due to the rapid accumulation of snow in late November and December that caused avalanche hazards, therefore, these sites remain as excellent drill targets.

We have since received our explosives permit and have purchased an explosives magazine so our avalanche teams can now safely remove snow build-up for the up-coming exploration season.

Our goal is to again have a late spring start-up so that we can effectively prepare the slopes to allow drilling in the northeast area of the Goldstorm System that was not completed in 2020.

The Au-Ag-Cu mineralisation remains open to the northeast and to the southeast, with the possible exception of section 114+00 NE, where the easternmost drill hole (GS-20-102) may have defined the southeast limit in that area.”