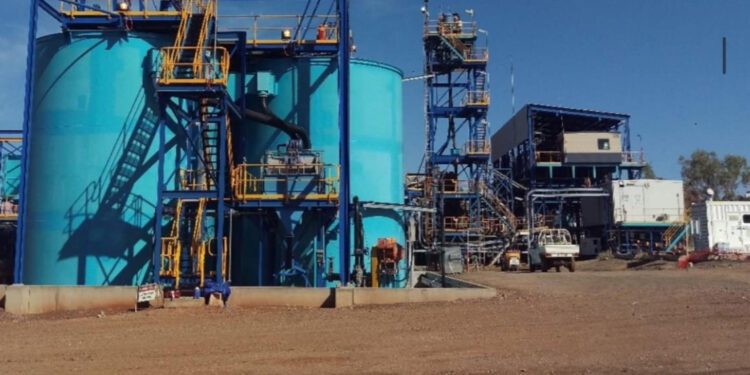 Tombola Gold Ltd (ASX: TBA) has obtained positive results of the Scoping Studies for the Tombola Mt Freda and Golden Mile Projects in Queensland, Australia, with key outcomes highlighting the potential of the projects to support viable mining and processing operations.

• The Tombola Board is highly encouraged by the positive results of the Scoping Studies to advance both projects.

• Comstock within the Golden Mile project has received Environmental Approvals from the Queensland Government, conditional for the commencement of mining upon the Mining Lease being granted. The Comstock gold mine will be the first of the three Golden Mile Gold Projects to be mined.

• Processing of gold from Comstock will be at the Great Australian Mine CIP plant located in Cloncurry, under the binding terms of the Joint Venture Agreement with EXCO Resources the subsidiary of the diversified investment group W H Soul Pattinson/

The transition of Tombola, from explorer to gold producer is now progressing well, with the finalisation of the Scoping Studies completed by CSA Global, an ERM Group company, and a highly respected and competent International Mining consulting company that provides trusted technical and expert services.

The Tombola Board is highly encouraged by the positive results from the Mt Freda and Golden Mile gold project Scoping Studies completed by CSA Global.

It is important to note that the Board of Tombola made a strategic decision in 2018 that proving of gold mineralisation would be limited to shallow drilling, only to confirm a viable deposit of gold, allowing the company to move to a gold producer as soon as possible. This strategy has advanced the timeframe for the company to bring forward gold production.

The gold resource at Comstock (one of the three mines of the Golden Mile) was limited drilling only to 50m depth. The Shamrock and Falcon were drilled to a depth of 100m. There are another five historical gold mines that are located within the 2-kilometre-wide zone of mineralisation that make up the Golden Mile.

The company’s plan is to drill and prove up resources from these five historical mines over the coming year. The Mt Freda JORC Mineral resource estimations, (even though, intersecting high grade gold between 200 and 300m) was only estimated to 200m depth.

More than 14 holes drilled below 200m and to a depth of 300m all intersected gold mineralization. However, the Board elected to have the resource estimated only to 200m which is an open pit scenario and thus allow mining to commence much earlier. The plan is to return to expanding the Mineral Resource at depth once mining and gold production commences to extend the lifetime of the gold mine.

The Mt Freda Gold Mine had been in production over a number of years initially operated as an underground Gold mine in the early 1900’s and was one of the high-grade Gold Mines operating in the Cloncurry Mineral field.

The CIP plant had a recovery of over 98% and produced gold bars at over 98% Au. The Company also trialled a 10,000-tonne vat leach within 100 m of the CIP plant with a great deal of success, achieving high recoveries of gold within a short period of time.

Tombola elected to construct a Vat leach operation due to the success of the previous Vat leach processing that requires a much less capital outlay but will achieve similar recoveries to the CIP processing. Recent metallurgical test work has confirmed the recovery of the gold by Vat leach processing. Diversified Mineral Resources closed the Gold Mine in late 1989 due to the collapse in the gold price and it was sold. An old stockpile of lowgrade ore at the time (+2 g/t -4g/t) was stockpiled on the premise that the gold price may rise from the A$380 an ounce at the time. The stockpile was sold to Round Oak Minerals for A$2.5m cash in 2018 and entry into the joint venture agreement.

The Golden Mile project consists of eight historical Gold Mines that were in operation as gold producers during the early part of the 1900’s. All eight mines have gold mineralisation striking North South with a total combined strike length of approximately eight km. The zone of mineralization is across a width of approximately two kms. To date, the company electing to concentrate on only three of the prospects, Comstock, Falcon and Shamrock.

All three are in close proximity to each other, allowing the Falcon and the Shamrock to be developed into a single pit operation (ASX: AMG 18th Dec 2020). The Golden Mile prospects have been lying undisturbed for the past 90 years and were rediscovered by Tombola Geologists in 2017. The ground was acquired via a JV with EXCO Resources who owned the tenement where the Golden Mile is located. EXCO, entered the JV with Tombola (Formerly Ausmex Mining Group), on the condition that all of the ore that was mined from the tenements within the JV agreement were processed at their associated subsidiary owned gold processing, plant at the Great Australian Mine in Cloncurry.