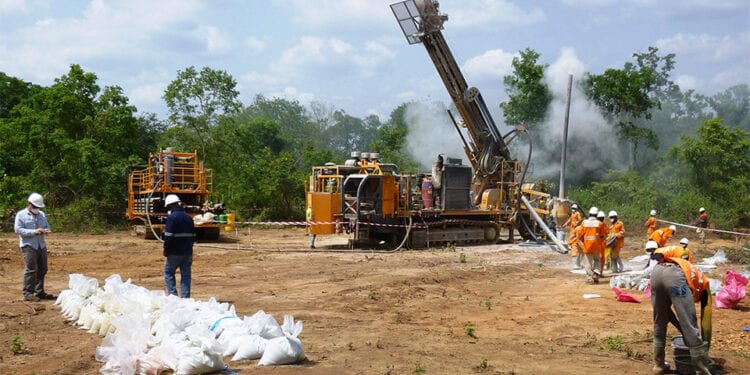 “The latest round of diamond drilling results has successfully extended gold mineralisation along strike and down dip at the APG deposit,” Tietto Managing Director, Dr Caigen Wang, said.

“We have confirmed gold mineralisation over a 900m strike length that is exclusive of the current resource model which has joined into a contiguous 3,500m zone, open to the north and south.

“We expect these results to deliver resource growth at APG enhancing its potential to provide shallow open‐pittable gold ounces that would complement a potential high‐grade open‐pit operation at AG, which is 7km to the north.”

Tietto has intersected gold mineralisation up to 280m below surface and mineralisation remains open. Tietto is planning to drill more holes along strike and further step back drilling to test the depth limits.

Tietto’s fully funded 50,000‐metre drill programme continues, aiming to increase the resource inventory of existing deposits as well as identifying new prospects within the Abujar Project’s 70km long gold corridor, of which 90% of the strike length remains to be tested. Tietto currently operates 4 of its own diamond drill rigs on site and continues to benefit from operating with some of the lowest exploration costs in the gold sector with ever improving drill production rates driving this cost efficiency. This will ensure a steady flow of drill results to be incorporated into an Abujar resource update scheduled for Q3 2020, building on the existing 2.2Moz gold resource.