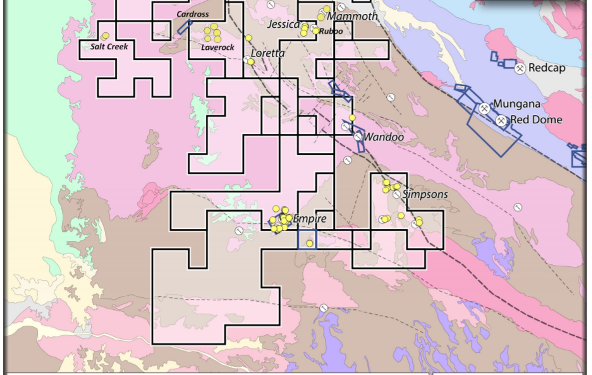 The survey will help define intrusion related mineralisation targets and Thomson will receive up to A$100,000 to partly fund the survey as one of 16 companies to be awarded a cash grant under Round 5 of the Queensland Government’s Collaborative Exploration Initiative.

The area being flown is not currently covered by high-resolution magnetics, unlike areas closer to Chillagoe to the southeast, where in 2020 Thomson conducted remodelling and surface soil testing of several magnetic anomalies.

None of these prospects have been drill tested Thomson’s Chillagoe Project comprises seven EPMs (Exploration Permit for Minerals), six of which are granted, in which it holds a 90% interest (balance held by major shareholder, Bacchus Resources Pty Ltd).

The area covered by the Project (aggregating 594 square km) lies 30km west of Chillagoe and near the Mungana, Red Dome, King Vol and Tartana mining operations.

The principal target type in the area is Intrusion Related Gold (IRG) deposits which are typically associated with felsic Carboniferous breccia pipe and intrusive complexes.

Within the Thomson Chillagoe Project late Carboniferous intrusions are hosted by older basement rocks such as Palaeozoic and Proterozoic age intrusives, schists and gneisses. The Kidston and Mt Leyshon IRG deposits, although some distance to the south, are also associated with Permo-Carboniferous igneous intrusions into older rocks.

These deposits have great vertical extent (Red Dome has proven depth continuity to greater than 1,000 metres). The exploration implication is that most undiscovered deposits of this type will come close to surface, only hidden by weathering and recent alluvial or transported sediments.