Things Heating Up For Freehill In Chile 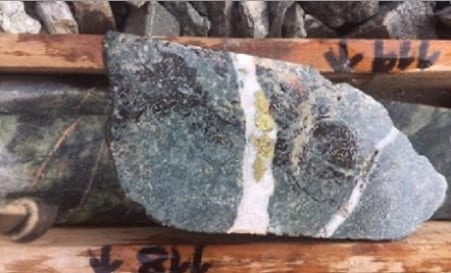 CEO Peter Hinner said the high intensity core of the IP structure has a footprint of approximately 1km x 500m (32 hectares) with a mineralised halo twice this size.

“This is undoubtedly a fantastic development for Freehill and potentially confirms that El Dorado hosts a huge copper structure,” Mr Hinner said.

“The high intensity core itself covers an area over one km long and 500 metres wide and it’s surrounded by a mineralised halo twice the size so there is significant exploration potential across this broader area.

“Our technical team could not be more excited by this IP survey and we are now actively planning a drill program to more comprehensively explore this very exciting and large target.

“This IP has similar characteristics to the much smaller structure we drilled at Yerbas Buenas where we intersected 144 metres of copper mineralisation at surface.

“Delivering similar results at El Dorado is our objective and we have every confidence we can do so. I look forward to updating shareholders on a drill programme very shortly.”

Four east-west IP lines at 300m spacings and 100m dipoles were completed across the central eastern half of the El Dorado concession area. These four lines augment the nine lines previously completed in the north eastern section of the Yerbas Buenas.

Induced Polarisation was undertaken in the El Dorado concession area following a very successful surface mapping and channel sampling campaign that identified a number of surface faults, copper grades up to 2.5%, gold grades up to 1.32 g/t and three highly prospective targets.

The IP survey has only been carried out over one of three targets identified by this surface mapping, and in addition, a further 2.8km of concession area to the north remains untested. A diamond drilling programme to test this new target is under consideration subject to further data review and identification of suitable drilling sites.