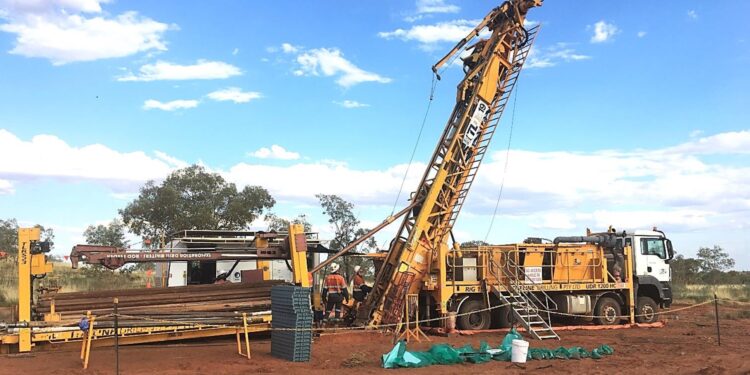 “We are delighted to commence this key diamond drilling program to follow up on the exceptional high-grade results achieved to date at Bluebird and to help define the scale of this exciting copper-gold discovery,” Chairman, Matthew Driscoll, said.

“We also look forward to receiving the modelled results from the recently-completed drone magnetics survey, which we expect to highlight the outstanding potential for additional copper-gold discoveries within the broader 5km Bluebird Corridor.

“This is an exciting time for the company as we look to unlock the true potential of what we believe is a significant high-grade copper-gold discovery in a highly-endowed mineral province.”

To date, drilling at Bluebird has only tested the mineralisation from 100m to just over 200m vertical depth, and over a 150m strike length. The deposit remains open to the west, as well as both up and down dip.

A Stage 2 diamond drilling programme of 10 step-out holes for up to 3,000m is designed to significantly expand the footprint of the Bluebird discovery to over 300m strike length and 300m vertical depth.

The two-stage drilling program is designed to expand the scoped dimensions of the deposit to a scale that is similar to other major copper-gold deposits in the Tennant Creek Mineral Field. This includes the Peko deposit, located just 20km to the west of Bluebird, which historically produced 147,000 tonnes of copper grading 4% and 414,000oz of gold at 10 g/t between 1934 and 1981.

Previous ground magnetics indicate Bluebird is associated with a bullseye magnetic anomaly. The Company has identified another 12 magnetic features along the 5km gravity trendthat have not been effectively tested.

Previous drilling has failed to penetrate the near-surface leached zone and test primary sulphide targets and the new magnetics will allow further discovery drilling to be undertaken. 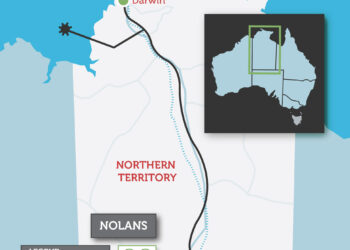