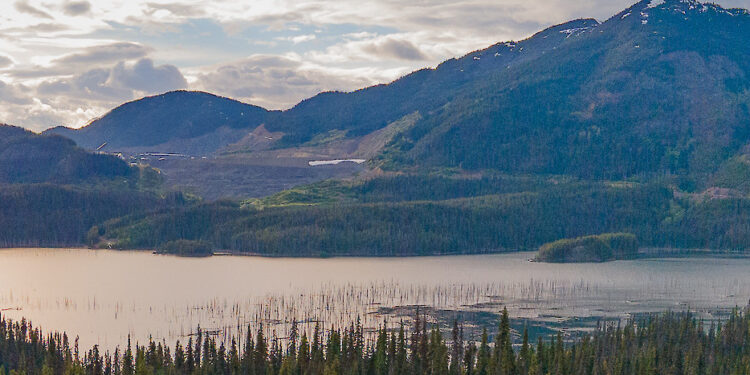 Surge Copper Corp.(TSXV: SURG) has identified a wide zone of mineralisation in the results from 13 holes from the Seel Breccia Zone at the company’s 100% owned Ootsa Property in British Columbia.

The Seel Breccia Zone is located 200 metres north of the East Seel deposit and is known to contain high-grade copper and silver mineralisation that extends from surface along a series of steeply dipping brecciated zones.

Drilling during the northern summer 2021 programme encountered this style of breccia mineralization in stepouts to the north, east and west of the known zone, and this release contains the fourth and final batch of results from follow-up drilling in this area.

“We are very encouraged to see these high copper and silver grades hold together over a sizable area reinforcing our objective of identifying potential near-surface high-grade starter material.”

Twelve of the 13 drill holes intersected mineralisation with 7 holes hitting high grades over downhole widths of 18 to 80 metres. Significant results are summarized in the table below. Hole locations and orientations are shown on the drill hole map and select holes are illustrated on the cross-sections below.

Holes S21-279, 292, and 307 to 312 are located in the central part of the Seel Breccia Zone and drilled at varying dips and azimuths with some holes intersecting the main breccia zone and some drilled away from the zone and not testing it.

Hole S21-303, 305, and 306 were collared well south of the Breccia Zone and tested it at depth. These holes confirm the Breccia Zone narrows below 100 metres vertical depth, consistent with other parts of the deposit.

The Seel Breccia is a near-vertical to steeply south-dipping breccia body ranging from 25 to 100 metres wide, extending to depths up to 100 metres below surface, and having a known strike length of 300 metres. Smaller parallel and irregular breccia bodies locally surround the main zone.

Drilling during the 2021 field season has significantly expanded near-surface high-grade mineralisation well beyond the zone of historical drilling, and the area is being evaluated for its potential as a high-grade starter pit.

Grid Metals Gets Active On Nickel And Lithium Properties

Grid Metals Gets Active On Nickel And Lithium Properties