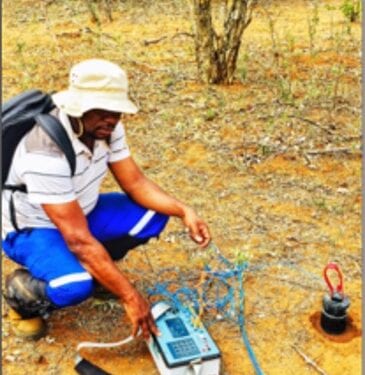 Six Sigma Metals Limited (ASX: Si6) reports that a drilling crew will be mobilising to site at the vompany’s Maibele North Project within the coming week. Ground geophysical surveying at the Airstrip and Dibete prospects are also well underway with targets for RC drilling to be confirmed subsequently.

The drilling crew will undertake a 550m deep diamond drill hole to test along strike to the east of the nickel-sulphide intersection from MARD0094, within the large SQUID EM conductor that is spatially associated with the mineralisation.

The Maibele North nickel sulphide mineralisation is related to ultramafic intrusions within mobile belt rocks and is broadly similar in style to other ultramafic intrusion-related mobile belt nickel discoveries such as Nova- Bollinger, Julimar and the globally significant Thompson Belt in Canada. These styles of nickel deposit are typified by a suite of associated metals that often include nickel, copper, cobalt and platinum group elements, all of which are present at Maibele North.

A successful intersection in this hole associated with the strong EM conductor could lead tofurther deep holes to define what would be a new nickel discovery at the Maibele North Project.

The programme of gradient-array Induced Polarisation geophysical surveying across the Airstrip Cu-Ag and Dibete Cu- Ag prospects is progressing well. The survey is designed to test for deep, massive to semi-massive sulphide bodies that might be feeding the high-grade mineralisation observed close to surface.

Once results are finalised and interpreted, Si6 intends to mobilise a reverse circulation rig to site to test any promising deep targets.

The high-grade copper and silver mineralisation at both Airstrip and Dibete appears to be very similar in style and geology to the historically significant Messina Copper Deposits located approximately 230km to the south-east in South Africa.