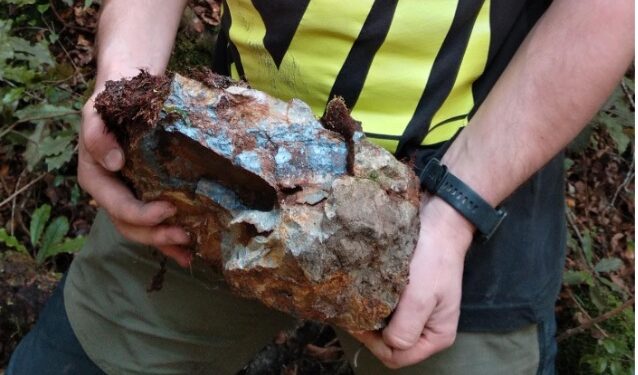 Siren Gold Limited (ASX: SNG) has had further success in confirming the untapped potential on its Auld Creek Prospect in New Zealand.

• Siren is pleased to confirm that exceptional high-grade gold-antimony mineralisation has been intersected in trenches and historical drillholes in the Fraternal zone at Auld Creek.

The Auld Creek Prospect is contained within Siren’s Golden Point exploration permit and is situated between the highly productive Globe Progress mine, which historically produced 418koz @ 12.2g/t Au, and the Crushington group of mines that produced 515koz @ 16.3 g/t Au. More recently OceanaGold Limited (OGL) mined an open pit and extracted an additional 600koz from lower grade remnant mineralisation around the historic Globe Progress mine.

The Auld Creek mineralisation extends for over 2kms and appears to represent a block that was potentially offset to the west, along NE-SE trending faults between Globe Progress and Crushington. Arsenic and gold soil geochemistry from Big River to Crushington confirms this interpretation.

Gold in Auld Creek was first discovered in the early 1870s. Two claims, Fraternal and Bonanza, were worked intermittently from the 1880s. A 2.4m wide quartz reef was mined from a shallow shaft at Bonanza and was reported to return an average grade of 23.3g/t Au. In 1914, a drive beneath the Bonanza Shaft was revitalised and extended, returning grades up to 21.7g/t Au. The Fraternal claim was mined in a series of shallow adits situated along a 400m north-south oriented strike length.

There is no recorded of gold production at Auld Creek due to the threat of litigation from the Reefton township, as the Auld Creek catchment collected Reefton’s water supply

The Auld Creek Prospect has been sporadically explored since the 1980s. CRA Exploration (CRAE) and OGL completed several soil and rock chip sampling and trenching programs between 1984-2000, with most of the work focused around the historic mining areas. Two north-south trending gold and arsenic soil anomalies were defined along the strike of the Bonanza and Fraternal reefs for around 700m1. Trenching across these anomalies encountered strongly brecciated gold and stibnite mineralisation,

Between 1996 and 2013, OGL drilled 17 diamond holes for 2,016m, defining a mineralised zone up to 13m true width. The Fraternal mineralisation was intersected in several holes including RDD0087, which intercepted a true width of 12m @ 4.1g/t Au and 2.9% stibnite from 63m. The highest grades in the deposit are generally associated with strong stibnite mineralisation. The deepest drillhole intersected gold mineralisation less than 100m below surface, and mineralisation remains open at depth and along strike.

All trenches intersected silicified sandstone with disseminated arsenopyrite, with up to 20cm thick massive stibnite veins. Results to date have been received for the Fraternal trenches FTTR001, FTTR002 and FTTR004.

FTTR001 exposed an 8m thick mineralised zone. The outcrop was sampled at 1.0 m intervals. The Au and Sb grades indicate that the mineralisation may be wider than exposed. The intersection averages 8.9g/t Au and 4.4% Sb for AuEq of 15.8g/t over 8.0m.