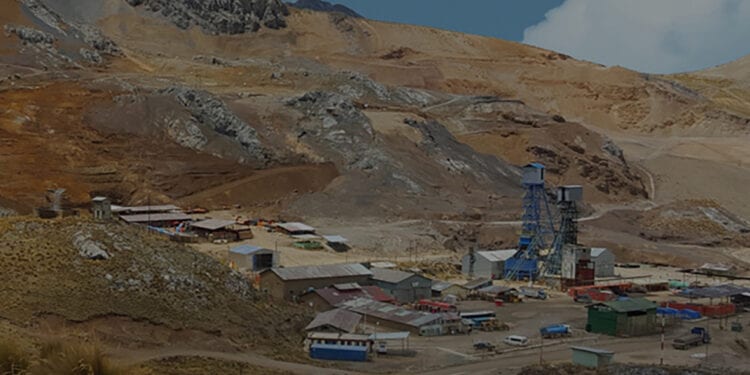 Metal production at Yauricocha increased 43% in Q4 2019 compared to Q4 2018 due to 20% higher ore throughput, 19% higher zinc head grade, and higher recoveries for all metals. At Bolivar, 28% higher ore throughput, and higher silver and gold head grades resulted in a 49% increase in copper equivalent pounds produced in Q4 2019 compared to Q4 2018. The Cusi Mine realised a 5% increase in throughput, 8% higher silver head grade offset by lower lead and gold head grades which resulted in silver equivalent ounces production that was in line with Q4 2018.

President and CEO, Igor Gonzales, said these were most satisfying results in a tough market.

“I am very pleased with the company’s performance in 2019, which was a pivotal year as we achieved some key milestones towards the future expansions in Mexico and Peru,” Mr Gonzales said.

“Despite lower metal prices and challenges such as an illegal strike at Yauricocha Mine and some ramp up issues in Mexico as we expanded throughput, the Company generated positive adjusted EBITDA of $65 million, and our production results were solid with year over year increases to the consolidated production of all metals.”

Mr Gonzales said the company continues to realise positive returns on the capital investments and operational improvement efforts at all of its Mines.

“We have a strong balance sheet and we are preparing to weather the upcoming challenges that lie ahead in 2020, including those caused by the COVID-19 pandemic.

“We will continue to endeavour to improve our operating performance, strengthen our asset base and expand throughput as soon as possible which should provide for lower all-in sustaining costs and continued cash flow.

“2020 will be an important year for the Company. At Yauricocha studies are already underway to provide further clarity and confidence for further operational production increases, thereby achieving economies of scales and offsetting the impact of soft metal prices and high treatment charges.

“The receipt of the Environmental Impact Assessment (EIA) in 2019 is an important step in the future throughput expansion at Yauricocha. During the first half of 2020, the company hopes to receive the permit for the next phase of the tailing’s deposition facility and the expanded waste rock facility. However, with the state of emergency declared in Peru which has been extended until April 12, 2020, all permit activity is currently halted and the company now expects delays in receiving these permits.

“At Bolivar, the mine achieved approximately 3,600 tpd of mill throughput in 2019 due to the successful completion of plant expansions earlier during the year. Additional improvements such as installation of three flash floatation cells and parallel configuration of the mill allowed us to reach approximately 4,000 tpd during Q4 2019.

“We expect that the Bolivar Mine will average 4,250 during the first half of the year and reach 5,000 tpd by Q4 2020. Further, based on an updated NI 43-101 Technical Report expected in early Q2 2020, the Company will initiate an updated PEA in the second half of 2020, with the expectation to increase the Bolivar plant capacity beyond the 5,000 tpd rate.”

Mr Gomzales said the Cusi Mine has expanded milling capacity to the 1,200 tpd rate.

“However, mine development was delayed in 2019 due to a subsidence event, triggered by excessive water inflows, thus limiting mill feed during the year.

“Looking ahead to the remainder of 2020, the focus at the Cusi Mine is on the optimization of the underground mine for consistent mill feed of about 1,200 tpd. Infill drilling programs are expected to provide superior geological information to reduce dilution.”

Mr Gonzales said the planned $52 million capital expenditures programme for 2020, includes $29 million of growth capital primarily at the Yauricocha Mine.

“Major projects in Peru include continued deepening and commissioning of the Yauricocha shaft, the Mascota-Esparanza ramp, additional ventilation raises, tailings dam lifts and expansion and betterment of the camp facilities.

“Similar to previous capex programs, these are investments which will provide the company with significant returns on the capital invested and continue to be a very efficient use of capital, when considering the production and resource growth that they will deliver to Company and its shareholders.

“Sierra Metals’ balance sheet remains strong with the liquidity needed to meet our operational and growth expenditure requirements. The company is on track for further growth at all three mines.

“Additionally, NI 43-101 Technical Reports are expected to be completed for the Bolivar Mine in early Q2 2020 and for the Cusi Mines by mid-year 2020. This will also include a maiden reserve estimate for the Cusi Mine. We are very optimistic that these updated reports will provide for additional reserves and resources at the mines.”