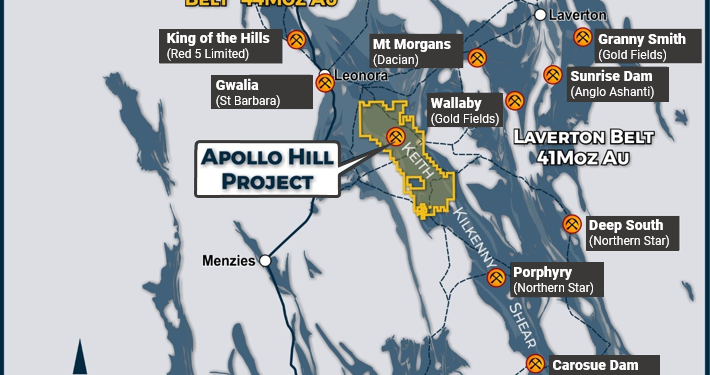 “I look forward to the next round of drilling which will a) follow up on some very strong intersections, and b) target new areas on our land package based on an ever-refining geological interpretation.

“The latest results continue to support our view that Saturn’s extensive land holding has the potential to host additional significant gold deposits in complement to our 1.47Moz Apollo Hill Mineral Resource.”

Extensional RC drilling has continued to build on the understating understanding of the mineralisation along Bob’s 3.5km strike length with higher gold vectors remaining open for additional drill targeting.

Results from AC drilling at Hercules have increased the strike length of mineralisation in both north and south directions. The system is now over three km long. A significant gold trend is displayed in Figure 4 as gold gram metre (gold grade in g/t x interval downhole width) contours. Drilling is still widely spaced, particularly around better results (20m @ 2.27g/t Au from 24m – AHAC0925) where high priority follow up AC drilling is planned.

In addition, two RC holes have been completed under significant AC intersections at Hercules. Results have been returned for AHRC0837 (4m @ 4.57g/t Au from 54m) in fresh rock indicating that mineralisation is present and open at depth. Several promising intersections are now forming zones of coherent mineralisation hidden under cover at this prospect. Infill AC drilling and deeper RC drilling are planned to follow up on promising intersections at this emerging gold system which is now over 2km in strike length.

Importantly, drilling along the Artemis gold system, which lies 10km directly along trend from the Apollo Hill Mineral Resource is still widely spaced and further infill and extensional AC drilling is planned to target some now obvious gaps in the drilling.