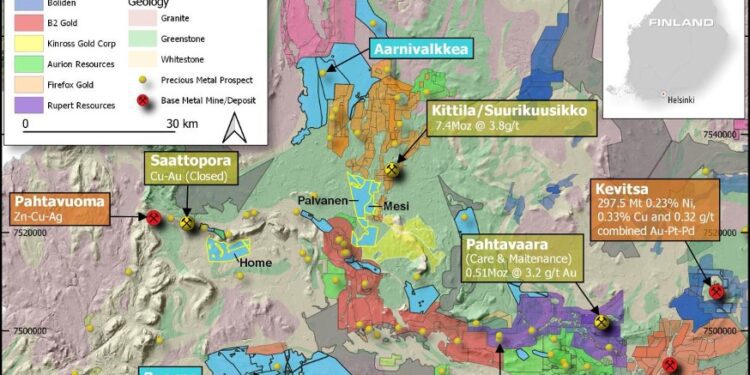 CEO, Matthew Keane, said the strike length of gold mineralisation at Aarnivalkea has been extended by 135 metres to 700 metres with all deep holes drilled to date intersecting mineralisation.

The strike length of gold mineralisation has been extended by 135 metres to a total of 700 metres, with all holes drilled to date below 110 metres intercepting significant mineralisation. Holes FAVD0067 and FAVD0068 have also been completed, stepping out 100 metres and 300 metres respectively north of hole FAVD0064. Hole FAVD0069 is currently underway, 110 metres down dip and 35 metres south of FAVD0062.

Drilling is continuing to scope out this zone on a broad spacing.

“These results are highly encouraging given the step-out distance from previous holes and considering that all deeper holes drilled to date have intercepted gold mineralisation,” Mr Keane said.

“S2 is still in the early stages of understanding the scale of and controls on gold mineralisation, but this programme will significantly advance our knowledge to benefit future targeting.”