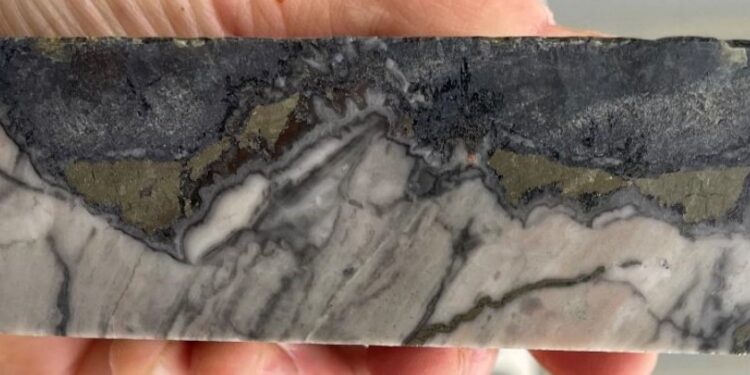 The Tonka Prospect is significantly advancing in size and grade with some of the widest and highest-grade, zinc dominant, drill intercepts recorded to date on the Earaheedy Project.

Drilling during the period has led to linking of the Tonka and Navajoh Prospects, thus defining over 8kms of mineralisation which remains open along strike and down-dip.

The geological and assay information from the drilling has also identified a series of east-west structures controlling the higher-grade mineralisation, which are inferred to be feeder structures coincident with gravity gradient features.

These high-grade zinc dominant structures are up to five km in strike and remain open. Infill drilling within the Chinook Prospect on the northwest trending Kalitan Feeder Zone has also highlighted a new high-grade Zn-Pb east- west structure which is open along strike and at depth.

Geological and geophysical interpretation based on the infill drilling has highlighted a strong association with a series of underlying east-west mineralised structures coincident with gravity features throughout the Tonka – Navajoh Prospect trend.

The multiple mineralised structures are interpreted to be high grade feeder faults that transgress the Navajoh Unconformity Unit into the underlying lithologies that strike northwest and dip very shallowly to the northeast.

The latest interpretation has significantly advanced the litho-structural understanding at Tonka – Navajoh trend and will greatly enhance future drill targeting.

• The Colorado Zone comprises of at least two east-west mineralised faults (inferred feeders) with further potential faults to the north and south.

The newly interpreted Magazine Zone is another significant sub-parallel east-west structure which lies 500m south of the Colorado Zone and is interpreted to link the Tonka and Navajoh Prospects over an open strike of 5km.