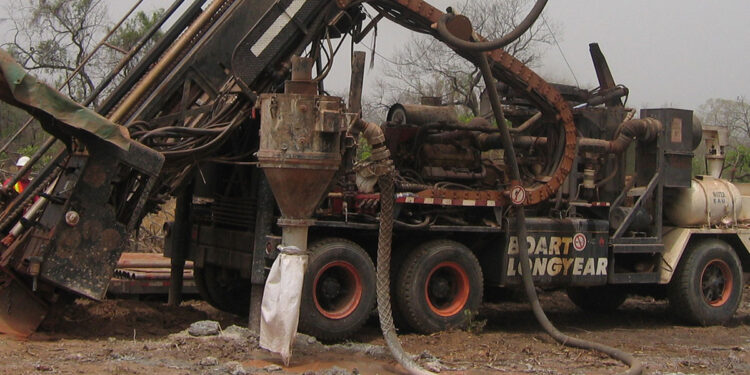 The mineralised envelope is expanding in size as the Q4 drilling campaign demonstrated the gold mineralisation extends both vertically and laterally. The Reverse Circulation (RC) drilling programme has improved the continuity, consistency, and the knowledge of the geometry of the gold bearing zones. The gold mineralisation is now down to 275m depth, and it is open toward North-South and East directions.

The main mineralised corridor in KN1 trends is N020 with steep easterly dips over more than 1.5 km punctuated with several artisanal work pits. There is a secondary perpendicular mineralized strike steeply north dipping and forming the enlargements at North and South of the RC drilling zone. The broader geochemical anomalies indicate a strong potential to extend the KN1 gold mineralisation.

“Kandiole North has been returning some great results and shaping up to be another key target to contribute ounces for our maiden resource estimate. The detailed drilling in KN1 spanning a 675m strike length and 275 m depth remains open for further expansion along strike and at depth. Numerous holes ended in mineralisation clearly showing the potential at depth,” CEO, Nana Sangmuah, said.

“There are multiple targets including KN2, KN3 and KN4 within broader arsenic geochemical anomalies that require further follow up and have the potential to significantly expand the Kandiole North footprint.

“We are optimistic that these targets within 15 km from our flagship Mankouke South asset would provide incremental feed towards a standalone hub and spoke production scenario at the Kandiole project.”

“From the recent multielement analysis of the termite mount samples, arsenic-antimony-bismuth pathfinders highlight the Kandiole corridor and its potential to expand KN1 gold mineralisation along this geochemical signature.

“We note significant pathfinder arsenic anomalies that have been identified on the broader Kandiole land package and the success achieved to date in confirming gold mineralisation along such arsenic footprint in the KN1 structure bodes well for future drilling on these yet to be tested targets.”