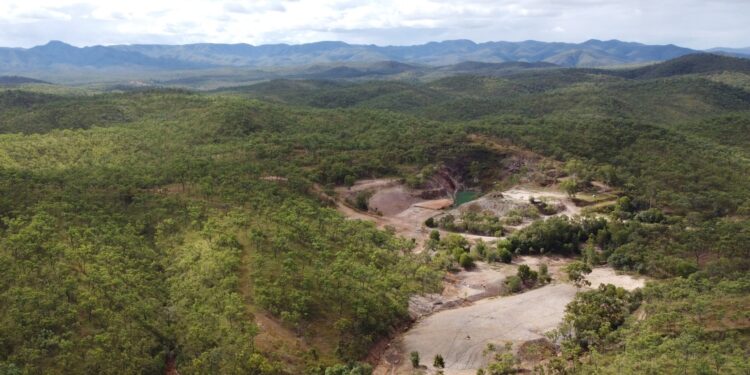 Revolver’s Phase 1 Drill Programme at Dianne has targeted steps outs of both the Green Hill and massive sulphide lens, the latter from which over 63,000 tonnes of ore at an average grade of 22.7% Cu was sourced in open cut and underground mine operations between 1979 and 1983.

“Our drill intersections have provided a much stronger picture of the length, depth and breadth of our mineralisation across two key exploration targets identified in earlier historical works.

“Given the growing area of mineralisation commencing at surface, and the adjoining nature of both mineralised orebodies, the potential for a bulk mining scenario is becoming a serious opportunity. We are seeing a unique situation unfold here with multiple scenarios taking shape for the future of this project.

“Ongoing field exploration activity at Dianne remains a priority for Revolver during this exploration season, and we look forward to providing ongoing updates as information comes to hand.”

This round of assays has returned significant copper mineralisation in three of the four holes (22DMDD15 to 17) drilled into the Green Hill deposit, extending the footprint of the outcropping to shallowly covered sheet like body of secondary copper oxides and supergene chalcocite.

Intersections from this round of drilling include an impressive 38.0m (37.5m ETW) of plus 1% of copper mineralidation from surface in hole 22DMDD17.

During the company’s initial season of exploration at the Dianne Project, Revolver drilled eight holes into the Green Hill copper deposit. This has outlined a significant shallow east dipping, sheet like body of copper oxides, copper carbonates and chalcocite with a footprint of 145 by 220m that is between 10 to 50m true thickness. The mineralisation daylights in the historic Dianne pit walls, encompassing and extending to the west of the upper sections of the Dianne Massive sulphide lens, a potentially bulk mining configuration.

Green Hill mineralisation remains open to the west, south and north. Best copper intersections at the Green Hill Deposit from the Phase 1 drill programme typically range between 0.1% to +1% Cu and include higher grade zones from 2 to 20m wide assaying 1-2% Cu with best intersections including: