Resolute Updates Life of Mine Plan For Senegal's Mako Gold Mine 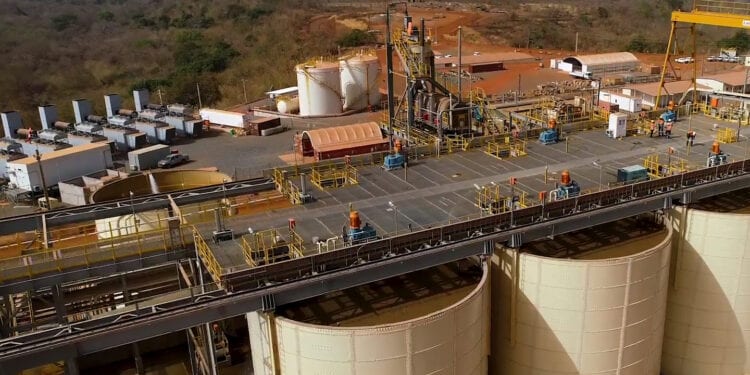 Material Improvements To Gold Production And Mine Life

Resolute Mining Limited (ASX/LSE:RSG) reports that successful extension exploration drilling programme, mine design improvements and optimisation of mine scheduling work undertaken at the Mako Gold Mine in Senegal has resulted in material improvements to an updated Life of Mine Plan (LOM).

The Updated LOM has generated a 39% increase in total gold production and a mine life extension of two further years of production.

Managing Director and CEO, John Welborn, said that including 2020, Resolute now expects to mine a further 900,000 ounces of gold from Mako until early 2027 at an expected average AISC over this period of US$900 per ounce.

“Mako has proved to be an outstanding Resolute gold mine. This initial extension of the mine life at Mako will be further reinforced by our investment in the significant untested exploration potential of the region,” Mr Welborn said.

“Today’s announcement is a great result for Resolute shareholders and for our principal partner at Mako, the Senegalese Government. We are delighted to increase total mine production and extend the mine life at Mako which will expand the economic benefits the mine provides to the local communities and broader population of Senegal.”

Mako is located in eastern Senegal. Following initial discovery of gold in 2011, first production was achieved in January 2018 and commercial production commenced in March 2018.

Resolute acquired a 90% interest in Mako during 2019 with the Government of Senegal holding a 10% interest. In January 2020 Resolute acquired the 1.1% gold royalty interest held by the original project financiers of Mako. As a result, there are no non-government third-party interests over Mako and Resolute is well positioned to receive maximum benefit of any exploration success or future production improvements at Mako.

Mako is a conventional truck and shovel open pit mining operation. Processing is completed via a carbon in leach (CIL) plant comprising a crushing circuit, an 8.5MW SAG Mill and a gold extraction circuit.

Resolute’s exploration activities in Senegal during 2019 was primarily focused on the existing Mako open pit with a view to expanding Mineral Resources to extend mine life.  The follow-up drilling concentrated on high grade results from the north-east end of the Mako open pit to better define ore shoots for future resource modelling and estimation.

Mr Wellborn said the results were excellent and demonstrated the potential to expand the existing Mako open pit Mineral Resources and extend the mine life (see ASX Announcement 5 December 2019).

The drill results confirmed the presence of a coherent high-grade lode of gold mineralisation at the north-eastern end of the Mako open pit.

Resolute has recently evaluated options to expand the open pit mining inventory at Mako. The evaluation has resulted in the estimation of an increased available Mining Inventory at Mako (including existing ore stockpiles) of 15.8Mt@ 1.90g/t for contained gold of 962,000oz of gold, an increase of 222,000oz, or 30%, over the December 2019 Ore Reserves.

Exploration activity at Mako in 2020 has been limited due to COVID19 restrictions. Exploration programmes are expected to recommence in the near term. Most immediately, the intersections reported above from the north-eastern end of the Mako open pit will be followed up to outline the full extent of this zone. In addition, a programmr of reverse circulation drilling is planned to evaluate the Tomboronkoto prospect, which is located 15km south east of Mako. A more comprehensive regional exploration programmr is being designed to test new targets on satellite prospects contained in Resolute’s regional tenement pavckage. In addition, the potential for new joint ventures or acquisitions of prospective ground within trucking distance to Mako continues to be evaluated.