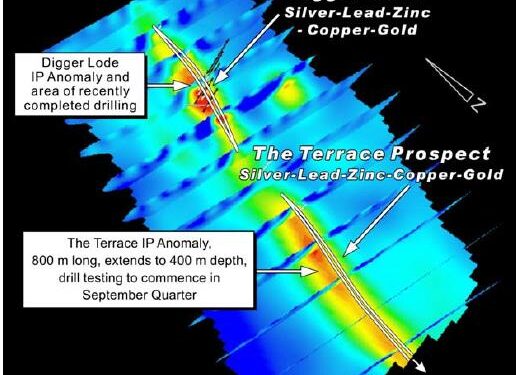 The company plans a drilling programme in second half of 2022 to upgrade the Exploration Target to JORC 2012 resource status.

“The significant increase in the Exploration Target is encouraging and elevates the project status within the R3D exploration portfolio. It is also encouraging that this represents only one target (the Digger mineralisation) and excludes the prospectivity of the adjacent Terrace lode,” R3D Managing Director Stephen Bartrop said.

The Nightflower project is located 40 km north of Chillagoe in Far North Queensland and the project covers a substantial part of the northern Featherbed Volcanic Group and the underlying and surrounding Hodgkinson Formation.

The mineralisation is in the form of an epithermal polymetallic (Ag-Pb-Zn-Cu-Au) deposit located within the Nightflower fault zone although it has also been interpreted that there may be an underlying porphyry deposit at depth. There are two prospects, the Digger Lode and Terrace, along the fault structure, itself considered to be part of the northeast-trending Mungana transfer zone, a regional lineament, which is interpreted to connect with the regional Palmerville fault zone, near the location of the Mungana and Red Dome copper-gold-silver porphyry mines (Figure 1).

Most historical work has been on the Digger Lode which has been partly defined by surface outcrop plus 19 drillholes (of which 18 of 19 are diamond), which have intersected mineralisation between 10 metres and 370 metres below surface to define a body of Ag-Pb-Zn-Cu-Au mineralisation.