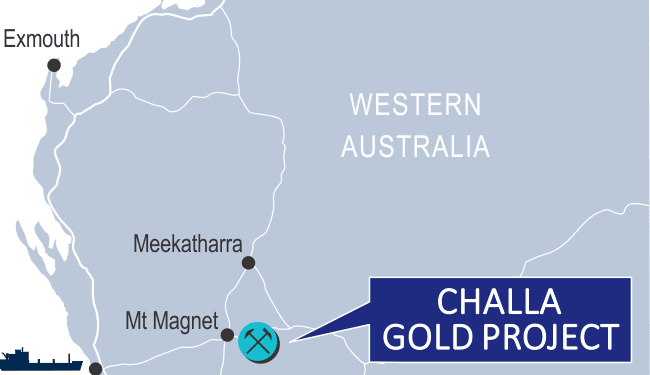 “Historically, Challa has not been systematically explored due to the transported sands and silts which cover a large part of the project area,” Mr Nolan said.

“As a result, we have identified a number of target areas to be followed up with a more comprehensive gridded soil program to pinpoint targets for follow-up drilling,” he said.

Acquired by the company in June 2020 as part of Platina’s strategy to refocus on Australia, the Challa tenements, E58/552 and E58/553, cover 293km2 and are located in-between the prolific Mt Magnet and Sandstone gold districts in Western Australia, 500km north-east of Perth.