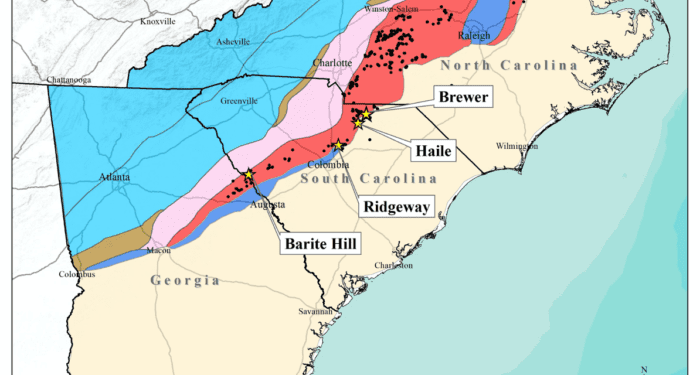 Widespread Continuity Of Near-Surface Gold In All 90 Holes

Of the 90 shallow RAB holes drilled in August and September, seven are in sulphide-bearing tailings from the former mine that were encapsulated back into the main pit during reclamation. The remaining 83 exploration holes are located outside the former mine.

“Widespread continuity of near-surface gold at Brewer is very encouraging, bolstering our hypothesis of the potential for an economic shallow gold resource in addition to potential deeper sulphide-hosted gold-copper deposit(s) that may exist.

“Our spectral analysis, meantime, shows widespread distribution – coincident to the gold-bearing RAB holes – of quartz, topaz, pyrophyllite and other associated minerals, which are useful vectors to guide further exploration.

“Our successful RAB programme has nicely set the stage for our fully funded 10,000-meter diamond drill program that began on November 3, and for follow-up geophysics and additional RAB drilling over time.”