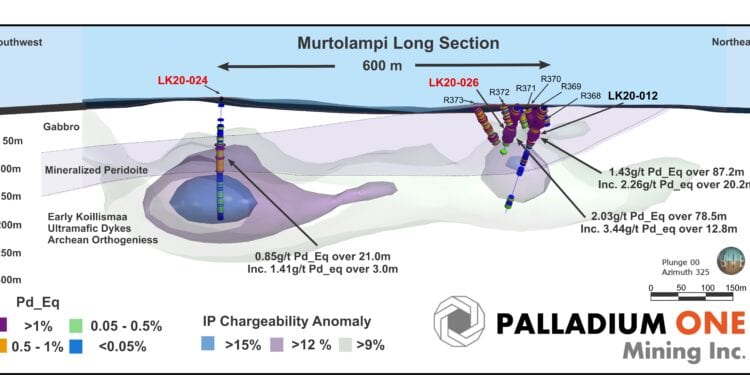 President and CEO, Derrick Weyrauch, said the shallow high-grade results suggest potential for a low-cost satellite open pit at Murtolampi, which is close to the existing Kaukua deposit, located two km to the south.

Mr Weyrauch said the mineralised peridotite at Murtolampi has now been defined over a 600m strike length and the Zone remains open for expansion both laterally and at depth.

“The at surface mineralisation at Murtolampi continues to advance a potentially valuable satellite pit to the Kaukua deposit which is located only 2 km to the south,” Mr Weyrauch, said.

“Hole LK20-026 is by far the highest-grade hole drilled to date at Murtolampi, we look forward to additional results from this zone in the Phase II drill program.”