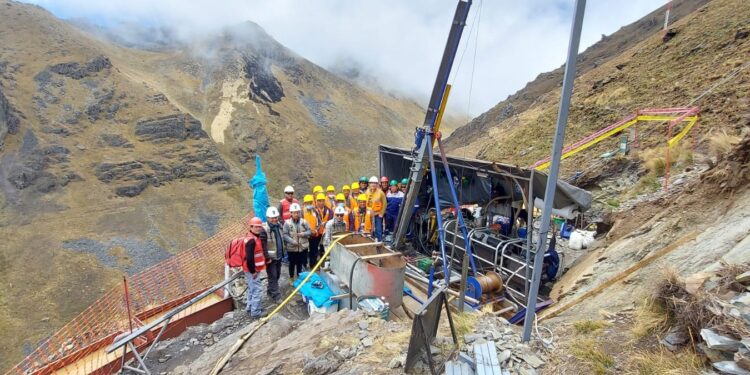 An additional US$11,000 is being held in trust to be paid on notification from the Registro Publicos that the titled claims have been transferred and fully registered to Palamina S.A.C. (Palamina’s Peruvian subsidiary). Palamina now holds 100% title interest to 14,012 hectares at Usicayos with no underlying payments or royalties.

Over the last three years surrounding concessions within the principal NE mineralised gold trend totalling another 1,600 hectares were secured through staking and won at subsequent auctions.

These interior claims are located southwest of the Veta Zone that has been tested by drilling in 2022, are in the same structural corridor and increases the strike length of the known cluster of surface gold mineralisation held by Palamina from 2.4 to 4.5 km’s. The entire 1.5 km wide by 4.5 km long trend is on privately held ground.

“Drill pads will be allocated to all zones under Palamina’s existing drill permit. Palamina has completed VE-05-22 and VE-06-22 in the Veta Zone and submitted the drill core sections of interest from both holes to the assay lab and we are awaiting results.”

Palamina resumed drilling in May of 2022 and has completed drill holes VE-05-2022 & VE-06-2022 from drill pad 5 in order to test the last 200m at the north east end of the 800m mineralized gold strike length defined at surface. These holes were drilled closer to the exposed gold-bearing quartz veins and at a shallower angle testing the continuity of mineralisation in this segment of the Veta zone. Assays are pending.

Palamina is in process of completing the modification of its DIA (Declaración de Impacto Ambiental) in order to drill additional gold zones southwest of the Veta Zone. Under the current DIA Palamina can build a total of 40 drill pads with five drill pads completed to-date.

As part of that process, Palamina recently concluded two additional surface rights agreements covering areas where additional drill holes have been planned southwest of the Veta Zone. These surface agreements cover the 200m hectare concession acquisition area. Palamina is undertaking a surface mapping and sampling programme on the newly acquired concession initially focused on the historic adit and mined areas.