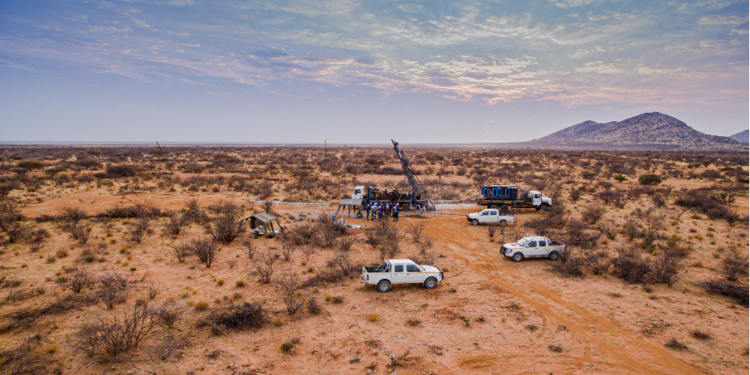 Osino Resources Corp. (TSXV:OSI) has intersected more high-grade mineralisation in its current drilling at the THW area, the km along strike to the southwest of Bulge and Twin Hills Central (THC) at the Twin Hills Gold Project in Namibia.

THW contributed 0.23 Moz in the Inferred category to the Twin Hills Gold Project Mineral Resource Estimate (MRE) published on April 13, 2022. The current drill programme is designed to grow and upgrade this resource to the Indicated category. THW is structurally complex and is divided into two distinct lobes of mineralisation named Oryx and Kudu, which have so far been drilled over a combined strike length of approximately 1,500m.

“The next Twin Hills Gold Project resource estimate should see an increased contribution from the THW area in terms of grade and tonnage.

“Mineralisation is still open along strike and down dip and there is plenty of scope for new discoveries in the area which will be targeted with ongoing exploration programme after the Twin Hills Gold Project PFS has been published in a few months’ time.”

Twin Hills is an orogenic-style, sedimentary-hosted, structurally controlled gold deposit contemplated as a series of open pits, which Osino is fast-tracking through development. The THW gold discovery was first announced on December 1, 2021 and is the latest discovery in the Twin Hills cluster of resources.

Since the cut-off date for drill assays used in the last MRE, a total of 21,456m of drilling from 107 holes has been completed at THW. The geology and mineralisation at THW dips southeast i.e. in the opposite direction to the mineralisation at the other existing resources (Bulge, THC and Clouds) and therefore drillholes are orientated at 340 azimuth and 60° dip.

The THW mineralisation is located approximately 3km along strike to the south-west of Bulge. The current Inferred resource is similar in style and hosted within the same meta-greywacke lithologies as Bulge, THC and Clouds, which make up the bulk of the Twin Hills Gold Project.