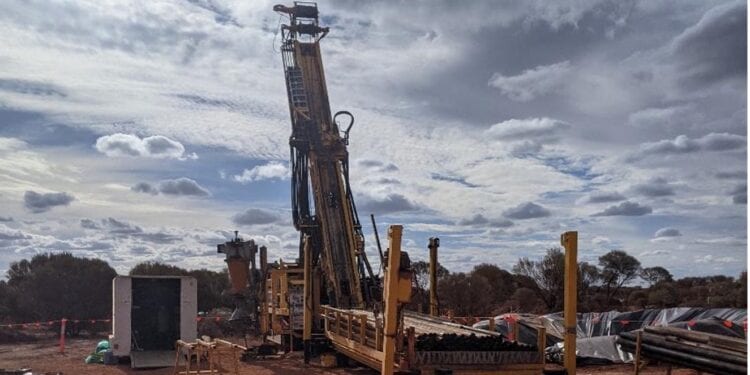 NTM Gold Ltd (ASX: NTM) has been granted a Mining Lease over all of the major Redcliffe Gold Project deposits near Leonora in Western Australia.

This Mining Lease, M37/1348, has recently been granted and covers approximately 15 sq. km.

Managing Director, Andrew Muir, said the granting of the ML is an important step in the path towards the potential development of Hub.

Most notably, the company’s ML’s now cover all of the major Redcliffe Project deposits, including Hub, GTS, Nambi, Bindy, Kelly and Redcliffe and encompass approximately 26 km of continuous strike of the Mertondale shear.

Detailed diamond drilling has commenced at the Hub deposit to further advance the project. The drilling is on 25 x 25m spacings down to approximately 150m below surface.

This drilling is targeted below the detailed RC drilling completed late last year. Both the RC and diamond drilling are aimed at increasing the understanding of the grade distribution of the mineralisation to enable an upgraded mineral resource estimate.

“The granting of the ML over Hub is a key approval to enable the potential development of the deposit, and timely given the recent announcement of the merger between NTM and Dacian Gold Limited,” Mr Muir said.

“Infill drilling will allow an updated mineral resource estimate at Hub, with a focus on the near surface high grade mineralisation. The updated resource will be a key plank in enabling the merged group, subject to shareholder approval, to build momentum and maximise the benefits of the combined asset base.”

NTM Gold Ltd is focused on the Leonora region, in the heart of Western Australia’s Eastern Goldfields. The Leonora Laverton Terrane has produced more than 50 million ounces of gold historically and is considered to be one of Australia’s most prospective provinces.