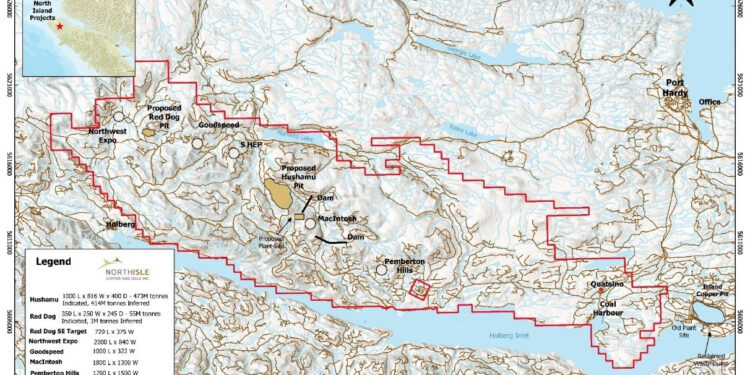 In addition, HU22-06 was continued in copper mineralisation for at least 200 meters beyond the outline of the modelled pit shell.

“Drilling at Hushamu during early 2022 continues to demonstrate the potential for improved grade and tonnage at Hushamu. In addition, we have demonstrated that historical visual interpretations of the alteration profile at Hushamu may have underestimated the overall size of the mineralised portion of the system,” Robin Tolbert, Vice President Exploration, said.

Northisle has now received the assay results of the six drill holes from its 2022 Spring drill programme at Hushamu (HU22-01 to HU22-06), which has the objective of converting in-pit Inferred Mineral Resources to Indicated Mineral Resources ahead of the company’s planned pre-feasibility study.

The mineralisation remains open to the northwest and southeast of the deposit and based on results released today is interpreted to be open at depth significantly past previous modelling.

The significance of the additional 2022 Spring infill holes at Hushamu are: