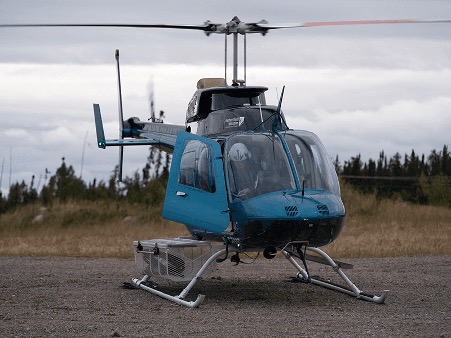 The company is focused on drilling at the high-grade nickel, copper, cobalt zone called Barre de Fer (BDF) as well as the Syrah Target, on the 100% – owned HPM (Haut-Plateau de la Manicouagan) Project.

The company anticipates drilling a minimum of 7,500 m over the course of the programme, with the majority of the metres allocated towards expansion and delineation at BDF.

The remaining drilling will be focused on the Syrah Target – a 600 m long EM anomaly located approximately 240 m from BDF. The company’s current interpretation shows the possibility that Syrah and BDF are part of the same magmatic sulphide mineralising system. As a result of a recently closed private placement, the company is well funded to complete its objectives during the 2022 exploration programme

“Extensive data compilation and prospecting at BDF and Syrah over the last year have led to this exciting phase of the 2022 summer exploration programme at HPM,” Murchison Minerals Vice-President of Exploration, John Shmyr, said.

“The exploration methods applied to date including geological mapping, Beep Mat surveying, and backpack drilling have identified exciting prospective target areas at BDF and Syrah that Murchison is keen to drill test this summer.”