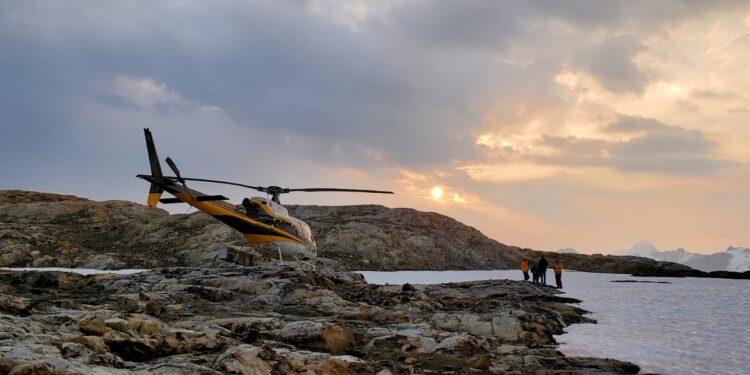 Mountain Boy Minerals Ltd (TSXV: MTB) says positive results from a geophysical survey at the Southmore project in British Columbia further supports the large-scale porphyry potential of the project. Information from the SkyTEM survey flown last fall has been interpreted together with results from work in the early 1990s and from two field seasons by MTB geologists.

“The SkyTem results supplement the information from the field work, supporting the premise that the widespread copper and gold values at Southmore could be related to a porphyry system,” Vice President Exploration, Lucia Theny, said.

The 50 square km Southmore Project is located in BC’s Golden Triangle, in the vicinity of several large porphyry deposits including Galore Creek (Teck – Newmont), Schaft Creek (Teck – Copper Fox), Saddle and Saddle North (Newmont) and the operating Red Chris copper-gold mine (Newcrest – Imperial Metals). The completed portion of the Galore Creek access road is within 10 kms of the property.

The Mountain Boy geological team has compiled results from historic work in the 1990’s, field programs in 2019 and 2020 and the SkyTEM airborne magnetometer and electromagnetic survey flown in 2021.

Results from the geophysics are as follows.