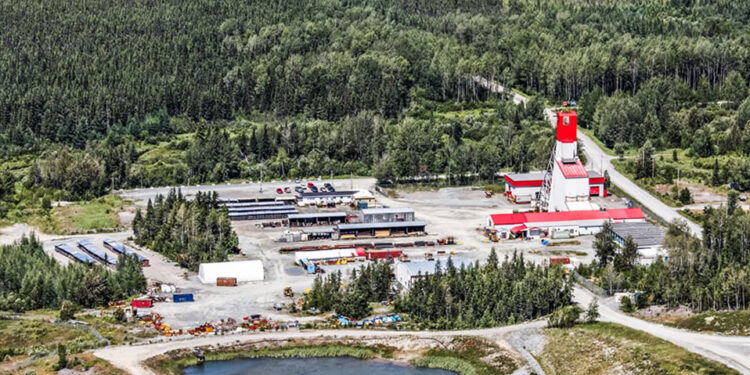 Monarch Mining Corporation(TSX: GBAR) (OTCQX: GBARF) is pleased to announce additional results from its 2021-2022 underground drilling programme on its wholly-owned Beaufor Mine gold project in Quebec.

The Q Zone has been mined through much of Beaufor’s recent history and has proven to be both continuous along strike and at depth and of considerable width. Other holes drilled in the area throughout 2021 and 2022 also returned positive results. These holes have been incorporated into the new geological model, which includes all recent and historical data and is based on BBA’s geological interpretation as seen in their 2021 NI 43-101-compliant resource estimate.

The positive results have encouraged Monarch to continue drilling the Q Zone at depth, while strategically extending holes to reach the deeper R and S zones, which have yet to be mined.

The Beaufor Mine initially began commercial production in the early 1930s and over the years has produced over 1.1 million ounces of gold. In June 2020, the Corporation initiated a 42,500-metre diamond drilling programme to test two types of targets: the areas around historical high-grade intersections near the existing underground infrastructure, and isolated resource blocks, which are typically defined by a single drill intersection.

Both of these “near-mine” targets can often be tested from the existing underground workings, generally by holes less than 200 metres long. However, the depth and position of newer targets has required Monarch to drill longer holes with underground electric drill rigs and, as a result, exploration drifts for diamond drilling are being developed to allow deeper drilling and optimal interception angles and reduce overall exploration costs.

Since June 2020, 335 holes totalling 54,723 metres have been drilled during the exploration and definition drilling programs. Given the positive results, additional holes are now being drilled to allow the zones in question to be converted into reserves and included in a future mine plan. Monarch is continuing to drill, with five drill rigs underground.

Underground development and rehabilitation are ongoing in the W and 350 zones, which are easily accessible from the surface ramp located 100 metres from the main Beaufor shaft, and presently extends to a vertical depth of 180 metres.

“We are pleased to have confirmed the high-grade nature and significant width of the Q Zone to the west. Additional drilling will definitely focus on expanding this zone.”