Matador Kicks Off Drilling At Malachite In Newfoundland

Matador Kicks Off Drilling At Malachite In Newfoundland 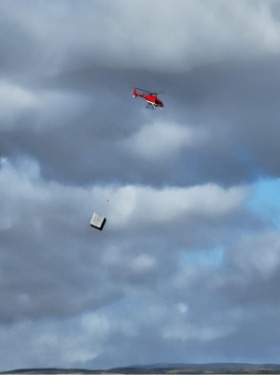 Drilling follows a summer field programme where exploration activities defined several structurally controlled targets. The Canadian summer programme included comprehensive prospecting, mapping and sampling based off the company’s previous geophysical and geochemical results that revealed several high tenor gold anomalies, a major bend in the Cape Ray Shear Zone (CRSZ), and a series of second- and third-order structures, features that are all conducive for discoveries.

“The start of drilling at Malachite is an incredible milestone for the company and its shareholders,” Managing Director and CEO, Sam Pazuki, said.

“The team has spent the past few months on the ground to define specific areas to drill based on the data collected in the area over the past year. The Malachite area is extensive with 15-kilometres of strike and four kilometres wide and underexplored with no previous drilling to-date. Although we are very excited to achieve this milestone, we have considerable work ahead of us given the size of the target area.

“These areas are only a fraction of the broader Malachite area and drilling is only one of several tools we will continue to use to make major gold discoveries. In parallel with diamond drilling, we will continue prospecting, mapping and sampling areas to continue building our pipeline of targets ahead of future drill programmes.”

The Canadian autumn drill programme is helicopter-supported and designed to deliver 3,000 metres of diamond drilling across three distinct target areas at Malachite.

The MAL01 target, approximately three km north of the CRSZ, is the site of the best gold grain sample collected across the Malachite survey area (1,201 grains, equivalent to 1.93 g/t gold with 97% pristine grains)1. In total, there are nine highly anomalous gold grain samples (>10 grains) in the immediate drill target area which is also coincident with a major east-north-east trending structure identified in the detailed magnetics but buried under shallow till cover, and a 1,400 x 600 metre arsenic geochemical anomaly that is open to the west.

The MAL02 target is just south of the CRSZ and is highlighted by a cluster of 11 anomalous gold grain samples (>10 grains), with the peak sample containing 336 gold grains (1.92 g/t gold)2. The drill target is also defined by the most coherent gold in till anomaly identified to-date in the Malachite area (>1,000 x 700 metres) with coincident arsenic, bismuth (+/- copper, molybdenum, zinc) pathfinder element anomalies.

The MAL03 target is located on the largest second order fault splay off the main bend in the CRSZ. The target area is at least 1,400 x 1,000 metres and is defined by coherent gold grain anomalism (>10 grains/sample) and the largest and strongest arsenic anomaly identified to date at Malachite. The arsenic anomaly remains open to the south-west, and is coincident with copper, lead and antimony anomalism. Arsenic is a key pathfinder for gold in the district and peak arsenic values at MAL03 are >400 ppm in an area where background arsenic values are <5 ppm.