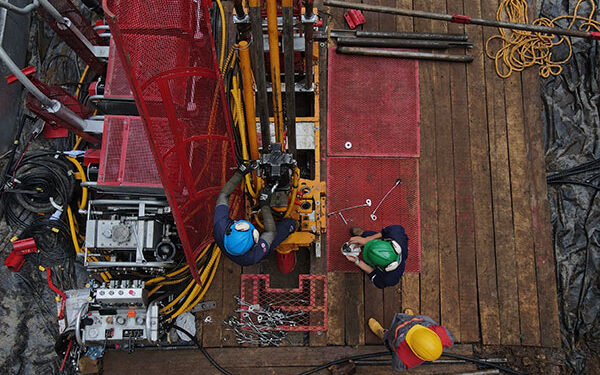 Libero Copper & Gold Corporation (TSXV:LBC) has entered a framework cooperation agreement with the Technological Institute of Putumayo (ITP), the first such agreement with a private company in Colombia.

The first associate project is a three-part program between Libero Copper, ITP, and the National University of Colombia (UNC), to jointly begin water quality baseline studies starting in June 2022. The studies will be a significant part of an environmental baseline study at the Mocoa deposit, and potential future ancillary permits. The Mocoa porphyry copper and molybdenum deposit is located in the department of Putumayo, 10 km from the town of Mocoa.

•    Technological Institute of Putumayo (ITP) is the most influential college of the region with 2,700 students. The Governor of Putumayo is the President of the Board of Directors.

•    The water baseline project includes the collaboration with and training for seven communities that are closest to the Mocoa Project, including Montclar, to be participants of the baseline study and results.

•    The first framework cooperation between ITP and a private company, the agreement includes the development of research projects focused on improving scientific knowledge around the Mocoa Project area regarding water, biodiversity, sustainable development, sciences, technology, and innovation in the Department of Putumayo.

The cooperation agreement is an integral part of Libero Copper’s commitment to engagement and maximising local benefits. For more on our programme, please see the following video link: Libero Copper works together with the community at Putumayo

“It is a great honour to be part of this alliance with two prestigious academic institutions, ITP and UNC,” Ian Harris, President and CEO of Libero Copper, said.

“This step is significant from multiple perspectives. First it is directly aligned with the Libero’s goal of maximising local benefits by providing real opportunities and involvement for local and national professionals to apply their studies. The first tangible step of the many opportunities this alliance will create.

“Second, it establishes the precedent of working together with independent reputable institutions on the advancement of the Mocoa project collaboratively and transparently with our neighbors.

“We believe that generating, sharing, and incorporating knowledge with and from communities – our neighbours, government, national and local institutions, is the correct path forward. Libero Copper is committed to making a difference.”

The Technological Institute of Putumayo was founded in 1992 by the then Governor of Putumayo focusing on the following technological careers: Environmental Technology, Forestry, Mining, Programming and Systems, Administration and Systematised Accounting.  ITP is a public institution of higher education, committed to regional development, dedicated to the training of technicians, technologists, and professionals in the transformation of their environment.

The National University of Colombia is a national level Colombian public university, founded on September 22, 1867. It is the most important and representative university in Colombia for its tradition, prestige, quality and selectivity. The Mines Department was founded in 1886 at the Medellin campus.

About the Mocoa Porphyry Copper-Molybdenum Deposit

The Mocoa deposit is located in the department of Putumayo, 10 kilometres from the town of Mocoa and was discovered in 1973 when the United Nations and the Colombian government conducted a regional stream sediment geochemical survey.

Between 1978 and 1983, an exploration program was carried out that consisted of geological mapping, surface sampling, ground geophysics (IP, magnetics), 31 diamond drill holes totalling 18,321 metres and metallurgical test work cumulating in a positive pre-feasibility study (the pre-feasibility study is historical in nature only and should not be relied upon as it is not NI 43-101 compliant).  B2Gold subsequently executed diamond drill programmes in 2008 and 2012.

A pit constrained inferred resource at Mocoa contains 636 million tonnes of 0.45% copper equivalent (0.33% Cu and 0.036% Mo) generated using $3/lb Cu and $10/lb Mo, containing 4.6 billion pounds of copper and 511 million pounds of molybdenum. The Mocoa deposit appears to be open in both directions along strike and at depth. Current work on the property has identified additional porphyry targets including the possible expansion of known mineralsation which will receive additional follow-up drilling in 2022.

Copper-molybdenum mineralisation is associated with dacite porphyry intrusions of the Middle Jurassic age that are emplaced into andesitic and dacitic volcanics. The Mocoa porphyry system exhibits a classical zonal pattern of hydrothermal alteration and mineralisation, with a deeper central core of potassic alteration overlain by sericitisation and surrounded by propylitisation.

Mineralisation consists of disseminated chalcopyrite, molybdenite and local bornite and chalcocite associated with multiphase veins, stockwork and hydrothermal breccias.  The Mocoa deposit is roughly cylindrical, with a 600 metre diameter.  High-grade copper-molybdenum mineralisation continues to depths in excess of 1,000 metres.