Lexington Gold On Target In Carolina

Lexington Gold On Target In Carolina 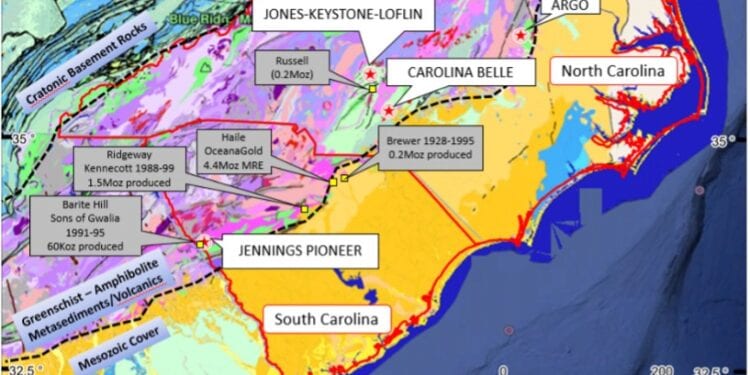 The company’s four-project portfolio covers a combined area of approximately 1,675 acres in the highly prospective Carolina Super Terrane (CST) located in North and South Carolina. The CST has seen significant historic gold production and is host to a number of multi-million-ounce mines operated by large-scale companies, including the Haile Mine operated by OceanaGold Corporation.

Notably all six holes of the drilling campaign encountered intervals of gold mineralisation of over 1.0 g/t Au above 100m depth.

“We are delighted to now have the full results from our Phase 1 drill programme at the JKL Project in hand and are extremely encouraged by the findings,” Mr Olivier said.

“Given all six holes intersected gold mineralisation of over 1.0 g/t Au above 100m depth, and selected assays returned high grade results, we are extremely confident in the project’s potential economics, and plan to undertake additional drilling in due course as part of a Phase 2 drill campaign.”

The Phase 1 drilling campaign comprised six diamond drill holes for a total of 562m at the JKL Project. The campaign is seeking to confirm and expand on the historical third-party drilling performed at Loflin as well as assisting in defining the 3-D shape, continuity and orientation of the mineralisation.