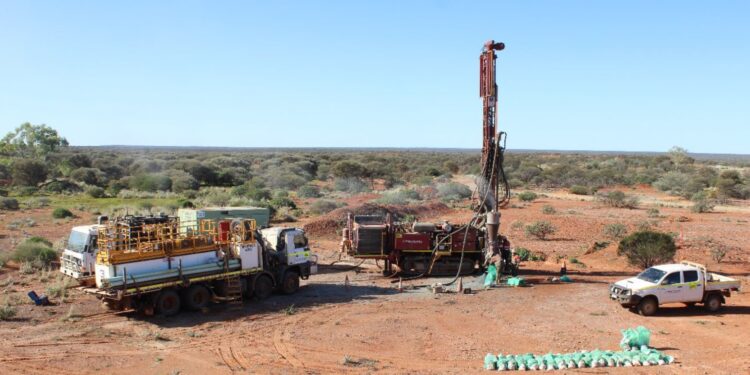 Krakatoa Resources Limited (ASX: KTA) has kicked off resource drilling at the Tower REE prospect; at its wholly owned Mt Clere project located in the north-western margins of the Yilgarn Craton, Western Australia.

“Its fantastic we have been able to get back into the next phase of drilling after only recently discovering the clay hosted REE within the thick laterite regolith around the Tower area of the Mt Clere project,” CEO, Mark Major, said.

“This drilling will allow the company to work towards completing a resource estimation over the area. We are looking forward to completing this infill and extensional drilling as we work on completing the initial metallurgical review.”

The work programmr consists of around 3,000 meters of air-core (AC) drilling, which is fast and relatively cheap. Systematic drilling over the Tower prospect will assist with future resource estimation work.

After which step-out opportunistic drilling over the Tower west prospect in conjunction with additional reconnaissance exploration will also assist with resource development.

Krakatoa is planning additional reconnaissance drilling of other highly prospective IAC REE targets such as the DEW area, when a more portable drill rig becomes available and regulatory permits and access is granted.

This programmr will include drilling the downslope areas of the hard capped breakaways (upper erosional areas), where it is believed the mineralisation may extend below these and have less un-mineralised cover, with REE mineralisation being closer to surface.

The company is still in the process of completing the initial metallurgical leach test work at ANSTO.