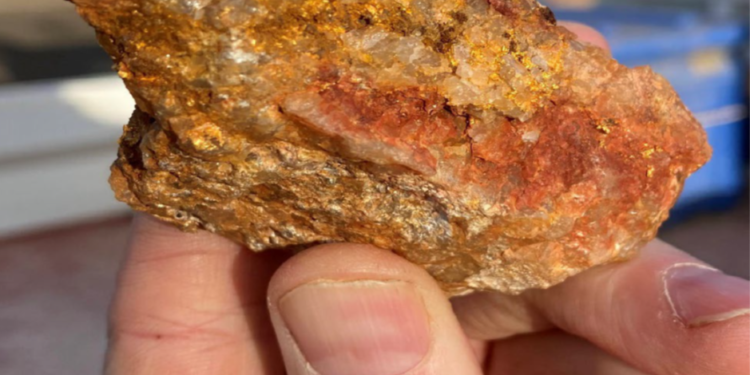 “Systematic appraisal of the La Mascotte project and its surrounds continues. With outcropping and shallow gold mineralisation extended to 700m strike length, down-dip extension of high-grade fresh mineralisation is next on our list. Structural analysis of drill core should provide clear targets for KalGold’s next phase of drilling,” MD and CEO, Dr Matt Painter, said.

“Excitingly, recently discovered gold mineralisation unearthed by prospectors immediately west of KalGold’s drilling can also be targeted by this program.”

Having successfully defined the extent of the surface footprint of gold mineralisation at La Mascotte, work is underway to define high-grade targets down-dip of drilled mineralisation.

With a shallow to moderate dip of ~25° to the west, some of the highest-grade intercepts are open down-dip, so testing of these will be straightforward.

To give KalGold the best chance of success, in-depth analysis, and interrogation of the structural controls on gold mineralisation in drill core is underway with several possible models currently being assessed. One of these shows a plunge of high-grade mineralisation to the west to northwest.

A full structural assessment is expected to be finished by end of June, with targets defined shortly thereafter. Pending rig availability, drill testing should begin in August.